It’s Friday night, and I’m almost done with the weekly routines. We had a very generous Hellfire Citadel – only three runs next week. Too bad monk requires Mannoroth both in Normal and Mythic – and that is effectively clearing the whole raid.

Weekend requires only several Throne of Thunder runs, and Dobby is free until reset!

Yes, I’ve also already managed all the Nighthold runs. Balance of Power reduced to this monster of a spreadshit, due to be completed next week:

There’s actually not a lot pf practical use with the acquired appearances – at least not with my current transmogs. Still, it’s very much worth running for – look how beautiful some of them are: 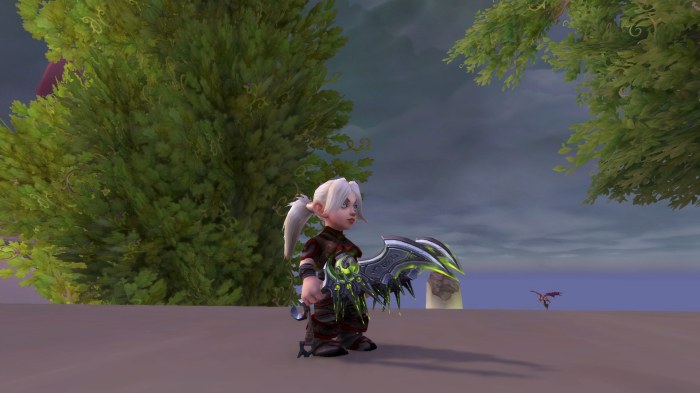 The thing to ponder about is I’ll be having a lot gaming time free – and very soon. Transmog and Balance are lull projects, and they won’t last too long at this stage. I have leveling of 2 toons and finalizing BfA archaeology, but this is not enough until November. So I’m looking into other games, which is hard.

I’ve no desire to try other MMORPGs – the ones I wanted to try I did already try, and neither caught my attention for too long. During the past week I’ve rolled my face in Steam – conveniently they have sales days till July 9. It was very hard to pick something – either the games are too grimdark, or simply not my genre. Still, I managed to pick and checkout with a few titles:

Sekiro is a ninja/samurai RPG, quite dark and realistic middle age Japan with an insanely complex combat system (the first trio of very first mobs killed me 10 times before I even started to understand something). I don’t know when I will give up – it may be pretty soon if I don’t grasp the execution of combat. Reviews mention this a lot – it’s not a casual game to play.

The other two are RPGs in my most familiar and loved settings. I haven’t tried Jedi yet, but Middle-Earth arrived to be insanely great. It is set between The Hobbit and Lord of the Rings events, and starts at Mordor’s Minas Morgul fortress (Shelob the Spider’s tunnel, anyone?) when it was white, Gondor’s and was called Minas Ithil. The player is a weird mix of Gondor ranger/spirit of a dead elf (don’t ask) who tries to thwart the Sauron’s orcs besieging this fortress in the beginning.

There’s many things already that take the well-known lore sideways, although it works and makes a very fun story of its own. The gameplay is so insanely fun that I startled and discovered some real life going on around me only after two hours of ‘let’s look what it is’ launch. The story – a cool one – is there, but I’ve never seen a game that offers such a great exploration and goals that you just put the story for laters.

So far you’re very welcome to find, discover and defeat the orc captain mini-bosses around the fortress – although it’s not really required for the story. Every captain has his own cinematics – including telling things to your dead body. If you lose – he will level up (!), and there is a specific interface of all goodies and baddies for the zone, where you can read info about the ones you encountered. Otherwise, it’s part ninja, part hack-and-slash fun in the most beautiful environment and well-known setting. That’s the game I’ll be playing a lot!

See you on the other side of the weekend.