Skip to content
HomeHow to Get Your A’qir Mount in 8.3.

This beauty is finally mine! Not that I enjoy it a lot, both in looks and in the way it flies, but you can’t say no to an extra questline.

So, the complete path is as follows:

You may find it 100% during a’qir invasion. Follow to the bottom west corner of the map, and you’ll see a yellow quest on the mini-map. It is located in a small, non-populated pit in the sands. 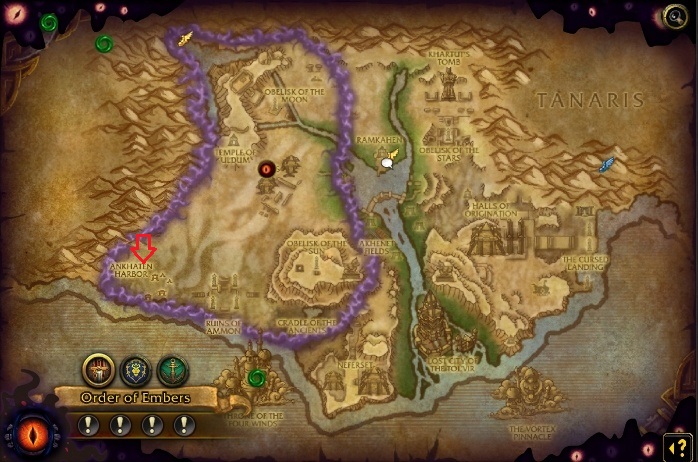 Get it to draenei H’Partho in Ramkahen – this is where you’ll be caring about it.

You return every day for dailies – mostly killing stuff as H’Partho is learning how a’qir tend their eggs. Notable moment: at some point you will be sent to Vale of Eternal Blossoms during mantid invasion and loot their amber casing to preserve the egg.

This step, as all the others, will take about 10 days to complete. Egg, then larva and then small a’qir all have a progress bar. It has numbers on it, but you’d better not try to figure them out without a magnifying glass. Also, when it reaches 4999/5000, there’s nothing you can do, and must return tomorrow for a big event and next step.

When egg hatches into a larva, you are on a daily quests of caring for it. Mostly H’Partho will send you to kill different stuff in an invasion area and try to figure out what the a’qir eats.

At this step dailies you will take your a’qir along for battle training. Dailies are about teaching it to fight, so you take the quest, come to invasion area, use your whistle, and kill stuff for 10 minutes. Tips:

In any case, even if you lose your a’qir, the quest will be considered complete, and you can give it in back to H’Partho, but your progress will be delayed. The goal is to get maximum a’qir XP during 10 minutes every day.

Step 4 also holds at least 3 pet battle quests which I personally found extremely annoying. I suppose it depends on the current invasion – my version of quests happened during mantid, a’qir and Amathet attacks.

It is wise not to level you a’qir battle pet as in that case you can defeat the bosses with level one pets – and this is WAY easier. Still, I did this mistake, so I had to pick the 25 pets and cope with them the hard way.

My pets were 25, and Hatchling was level 9 (not to die immediately from AoE, and have at least a chance to plant an extra blow). Otherwise, Mantid and A’qir bosses are fail-safe with this setup, and I tried Retinus about 15 times – with very same strategy every time the trick was to rely on random so that boss did not crit, and my pets did at least once.

The next day after you reach 4999/5000 Hatchling progress bar, you will get a quest for a saddle. Kill cultists for 12 non-guaranteed drops in Black Empire invasion zone, and deliver the stuff to a Ramkahen blacksmith.

The next day you will return for a saddle and get your mount. Done!