It’s my vacation again, and it’s two weeks long. One of them is the upcoming yet another trip to Italy, but currently I’m deep within Warcraft universe.

I have no real plan so far in World of Warcraft – I guess I’m just drifting in the flow. The end goals are probably these:

Mostly these goals are tied to my main, but she’s not that busy and there is quite a lot time for alts. Micromantica does daily errands for the future mount, completes assaults and HV runs whenever they become available. I’m not into severe rep grind with her and ignore dailies unless paired with assault fill-the bars.

With LFR raid wings being added, my gameplay is centered around queues. Just as I login on an alt, I complete HV while I’m fresh, then queue for the raid and complete assaults/yellow quests in process. Once the raid is done, I finish whatever duties I have left if any, forget about the alt for a week and switch on to another.  It’s an excellent activity and class gameplay rotation that provides progress in all directions.

Considering diversity, I may and do switch from the intensity of 8.3. to bringing 20 bear asses and doing no-brain leveling dungeons with three leveling toons of choice: vulpera mage, mechagnome DK and draenei surv hunter. It’s a side thing, 2-3 levels per sit. Feeling great about all of them!

All right, now with my timetable presented, it’s time to talk about impressions and progress.

First of all, whatever hate and ragequits you read in the web, people apparently love Visions patch. I’ve never seen that intensity – maybe not even during the whole expansion. The amount of people on dailies, rares, world bosses is so big that we are literally fighting over quest items and activities, and it’s often quite hard even to tag a rare before it’s down. I experience freezes on world bosses – because there’s often two faction raids going on it at once, plus random players. Chamber of Heart is more like a literal hive, crowds at all times of the day and everyone going in, out and about: 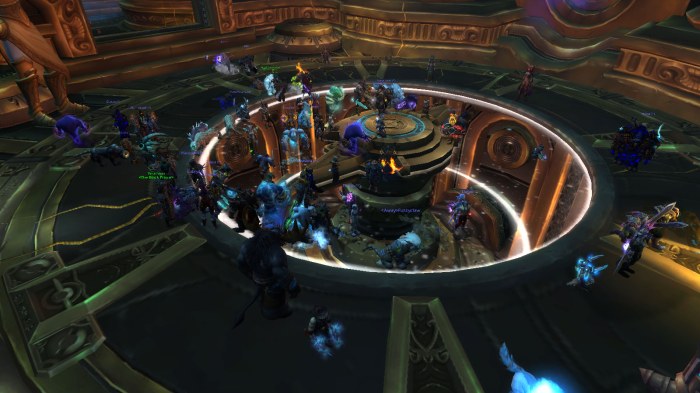 Micromantica has crossed the Honored threshold with both factions – as I said, I’m not pushing it. Assaults only, as I have all the time in the world.

My aqir egg has hatched into a larva, and the current errands are about feeding it :) The questline is fun and almost never repeats itself!

Raids are becoming easier upon reset. DPS is definitely better – we even manage to burn down those Maut’s anubis trash guards without dying. Not always, but often the boss kills themselves are now pulled off without wipes – as I always say, people ARE learning! I’ve managed to acquire a 1H sword, a dagger and a bow models which is just great. Probably a couple of 2H remains from Maut… and my alts are done with wing 1? I must say I greet the LFR sets coming from the open world – it saves you from burning out, that’s for sure.

Side note: I hate dragon wings trinket animation from Wrathion. Whatever DPS is, I just don’t see my vulpera silouette among them xD I mean to replace it as soon as I have the chance to do so.

Assaults are fun to do while in queues. The rewards are great and meaningful, they are relatively quick, but not as quick as a 10-minute WQ emissary run. I take all the dailies and mostly complete them – maybe I’m putting only chest hunt aside. Chest spawn is very insufficient, so I grab them only if I meet them on my way. Everything else is a go, and I will normally finish all daily goals.

Horrific Visions keep me stressed in both positive and negative ways. With cloak level 5 and up you can delve deeper, and I now manage to complete 2 zones – the Thrall/Alleria kill and a harder zone! So far I’ve managed to succeed in Drag with Garona, Dwarven District with Kelsey and Trade District with Halford and manage to return and kill Thrall or Alleria.

The imperative after cloak level 5 now switches: you should focus on killing one or even two of the side bosses for quest items, while Alleria/Thrall become non-obligatory. Also it’s now wise to find your ways around trash if possible. I saw an Outlaw Rogue video on YouTube who successfully completed all 5 goals in one run – well, he used his grappling hook to hop over the Stormwind canals and skip trash! Also it’s cool if you have enough DPS to pull and destroy several packs at once – make sure you don’t have to deal with multiple dangerous abilities or die, and AoE them all.

Speaking of DPS, Blizzard are closely watching player experience in HV, and Visions are definitely a test-drive for Torghast Tower. One of the latest fixes cut HV mob health up to by 42% for healers and tanks solo run! I was already happy in HV while priesting in Holy, and here’s another nerf.

So in general HV are a great activity. But the downside of them – and I completely understand that it’s my personal issue – is the excitement.

Don’t get me wrong, when I completed two goals on my vulpera warrior, 422 ilvl and with 150 sanity left, I punched the air with a Yay! Yet, as in raids above LFR, it’s not my piece of cake in the game. The overall stress during the run is so big that I need some squirrel kissing activities afterwards – I would switch to no less than laziest leveling. I don’t even have soul resources left to do assaults, I need a huge break from any excitement!

What worries me now is that if Horrific Visions are intended for all players, even not so great ones. Once I gear up and have all the cloak upgrades – will it be enough to complete all goals in one sit? I guess we will have to see, and now we just follow the curve, do Wrathion’s quests and learn our Stormwind and Orgrimmar goals and quarters. I do want to launch HV with confidence, not a thrill. 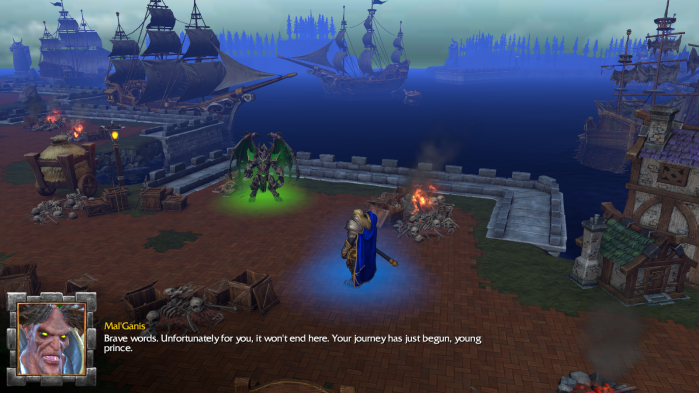 And one more thing  which is outside of WoW, but is within Warcraft universe is playing through Reforged campaign.

My issue is that missions are lot easier than I remember (always played on Normal). Maybe it’s balance of The Frozen Throne expansion, maybe I’m grown up now, maybe I know all the map corners by heart, or maybe it’s my overall WoW experience (like I would make an attacking band now packed with tanks, healers, support and siege machines) – or maybe it’s all of the above. 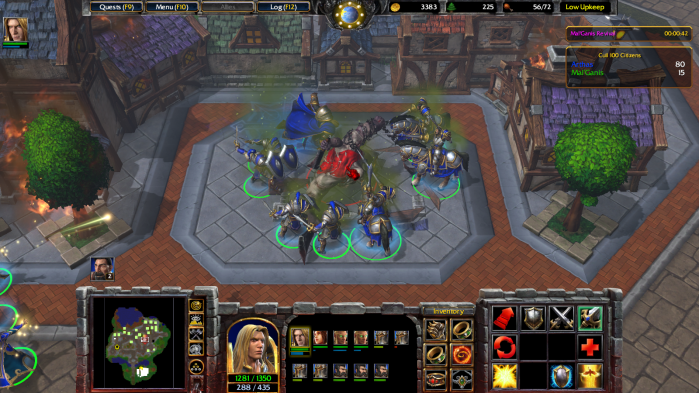 Anyways, the game is just great. I merely stop reading the news about it, reading “fans” and “critics” opinions, and just enjoy it. It delivered everything I hoped for and wanted, so I won’t let toxicity ruin it for me. I’m no expert about anything PvP-related, but if you would like to play the campaign, I do recommend Reforged with all my heart. It’s beautiful, it runs smoothly, and it keeps both lore and vibe of the original as it was meant to.

One thought on “Drifting in Visions”