Skip to content
HomeWhy Visions of N’Zoth is a Good Patch: Synergy and Chokepoints

So we’ve played through the first week of the latest patch, and it’s time to share the overall experience and thoughts. 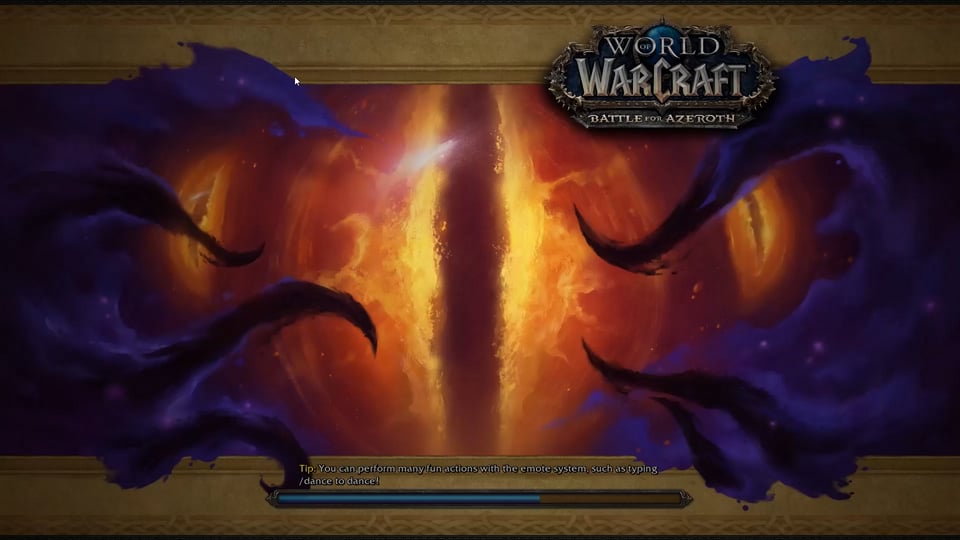 Your basic idea of patch gameplay would be: dailies and assaults grant essences -> essences grant access to Horrific Visions -> Horrific Visions let to improve your cape and wear corruption gear without nerf you may choose to do.

And so people kinda feel bound to do all these things which are apparently, a) obligatory, and b) time-consuming.

I’ve got a couple of counterpoints for this.

First, it’s barely the end of week one. Somehow people seem to think that if their cloak is not yet level 15, and they can’t beat HV – then this is a bad design. Well, it is not. News flash: this is actually a brand new design we’re just not used to!

Think about it: previously all outdoor endgame content has been intended for immediate completion. Dailies or world quests are braindead in terms of you simply cannot die, or if you do, it’s normally something elite and not really intended for solo completion, or you’ve just entered a new chunk of content with old gear levels and miscalculated the new threats. Dailies and events during assaults work exactly the same. Raids and dungeons also work as a duality: the measure of success is either win or lose, and nothing in between.

But with Horrific Visions it’s not like that. You’re not supposed to win at once, even the easiest version. It is designed to last for a pretty long time, serve as a gating to gear, and what we observe now is a natural course of things. Maybe we will need a month – or three – to complete all our goals in Horrific Visions depending on personal goals, /played and/or skill, but we will be there! Planning and learning are in order of course, but you progress while you lose: gaining mementos (let me call them seals?) and strategy for the next tries.

This is the most important difference to everything we’ve seen before. Previously, if you win, you get the reward. If you lose, you get nothing. But today we will have to learn to think differently: just playing an event in itself means progress, and session ending without completed goals does not mean failure. And when we try next time – it will be easier, both in terms of our skill and planning, but also thanks to our effort. Every next run we are paving the paths to further progress. Surely we had a similar system in withered Suramar scenario, but it was bound to looting random chests and was pretty straightforward. But in HV every action, every killed mob matters! This is gonna be the concept for Torghast tower, so we’d better get used to it now!

Of course Blizzard will learn some lessons for Shadowlands in terms of how often you can visit the event, currency flows and all – and this is why they released HV now, a test-drive for the upcoming central part of the new expansion. But even now this looks like quite a revolutionary and well-developed feature.

Wow, that was my point number one :)

Second thing I noticed: you don’t have to 24/7 to progress. Of course there are people who would maximize and speed up things, doing every daily, emissary and what not just to be ready for mythics, competitive raiding – to keep up with the guild or just to consume the content asap and be done with it.

Ironically: the majority of players doesn’t have to do this. For once – and this is new as well! – Blizzard actually serves the player base with a lack of time! Because it’s assaults that push you forward in every term: loot, reputations and essences. They have daily quests to keep you busy in queues and add a curve to competitive players who want to be there asap. But their reward is deliberately so meek that you might as well skip them!

In other words: relax and enjoy. Focus on rare and quick to complete assaults, and only do dailies if you feel like it or have spare time. Yes, you can do that now! Only if you let the old ways go – in your head.

Point number three: how hard is the gameplay?

My point is: it’s hard, and it’s good. We’ve got so used to the scheme where you can land in the middle of a world quest, cast Blizzard or Frozen Orb and go make a cup of tea. It does not work like that now – and not only in terms of naturally low gear. Mobs are dense, wandering, elusive, and almost all of them have a trick or two up their sleeves – if not interrupted or avoided, you will find yourself in a graveyard. Throw in various events, elite hunts, floating worm killers, and you actually get an adventure like we forgot there could be!

I wrote about how squishy my mage was. Well: this is actually fun! Not once I picked on someone who appeared to be a lot stronger than my dps and/or health pool can pull out. And that running away with a squeeeee! moments are precious to remember! Whether they are graveyard moments or not :) Hunting rares and elites is fun. Finding ways to complete events is fun. Designing your ways around and through heavily populated areas is fun. In short: the gameplay today is adventure!

Point is: world quests in Kul Tiras, Zandalar and Nazjatar nowadays are a nuisance. You travel by radar (and you can have a map opened, ignoring the environment), you come down as a lawnmower, and collect your reward. No wonder people prefer single mob kills, Mardivas puzzles or Tortollan quests: they are quick, and they are at least some distraction from environment AoE.

In Visions, whether you choose to do dailies (non-obligatory, as we’ve already proved), you get yourself an adventure! It’s the process that should matter – and for me it does. Isn’t it what Vanilla admirers wanted from modern WoW among other things?

In my opinion, they succeeded in all of these directions. The only problem lies where N’Zoth strikes: in the minds of adventurers :)

We’re so used to riding the rails that we fail to see the other opportunities.

Maybe it’s a good time we left the comfort of a train car (as we complain about bedsores from sitting in it anyways) and looked around? Try a horseback ride, a plane flight or driving the highway? Because we can now.

I’m already exploring the new mindset – and I enjoy this patch.

5 thoughts on “Why Visions of N’Zoth is a Good Patch: Synergy and Chokepoints”