It’s been a very busy weekend in game, and yet I’m devastated with how little was actually done!

Alright, I had some great time with Micromantica on Saturday. I did all the available dailies, also the new assault in Uldum popped up, so I did that too. That makes it 2/3 of Uldum assault achievement! You need to complete 3 assaults for every zone: Black Empire which is a major one, and both minor – mogu and mantid / Amathet and aqir. So basically you can cope with them both in 2 weeks upon reset.

The other achievements include defeating N’Zoth (so we wait for the raid – or the final raid wing in LFR in my case) and completing 7 maws in the open world. I don’t know if you met them, but maw is a big ugly thing during Black Empire assault you can click and then pop several blobs or tentacles inside of it to make it burst. You can’t miss it if you see it :) I’m not sure how often they arrive, if it’s weekly basis, then you need 7 weeks. Actually I did not fly around that much to see if there can be more than one per major assault.

I’m happy there’s a lot lore beyond the major questline. I did two yellow questlines: for Amathet, you discover that they do not work for N’Zoth, but actually believe in Titans’ plan and seek to reboot our world with reorigination machine, because they believe Azeroth to be irreparably corrupted now. So they’re kinda the good guys, except that what they plan is going to wipe us all, rendering them our enemies.

The second questline became available during aqir invasion, with an amazing WTF, hero?! moment in the end! Another proof of N’Zoth’s extreme danger, and I was also happy that they presented another Ny’alotha’s boss. Granted that we’ve seen a great amount of them already – during dragon questline in previous patch and major questline in 8.3. – not so many bosses will be no-names in the raid after all.

When on aqir invasion, I acquired the egg that is gonna be our new mount. Don’t ask me where or how I got it, it just came on the way, and I discovered it’s a mount egg when I completed the quest in Ramkahen. Now it stands there on a stick, and a draenei guy who tends it will provide us with a new quest every day. You will need exactly 30 days of quests to hatch it to a mount (and a pet will come too somewhere in the middle of questline).

Ok, so the daily goal for Micromantica on Saturday was completed! Too bad I had no time for her on the other days :) 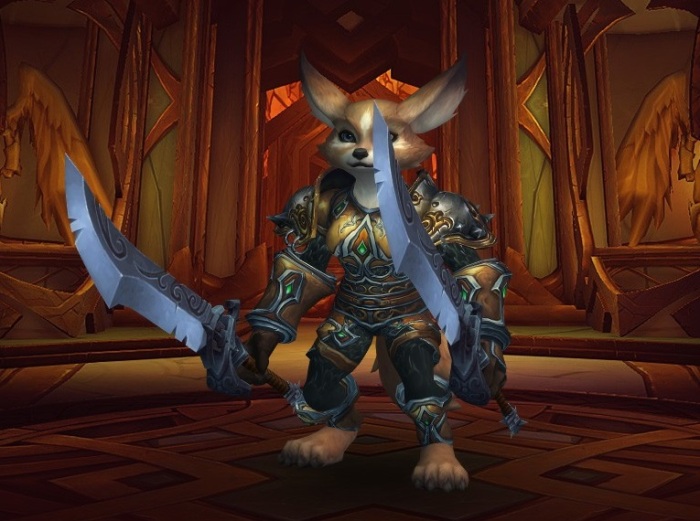 The rest of the Saturday was devoted to my vulpera warrior Rikkit: the major questline. Let me say it’s heaven and hell compared to a mage experience. Even if she was worse by 10 ilvl (409 to 420 when questline started), the whole experience for her was a breeze. I don’t even think I died – well, maybe a couple of times. It’s all about how fast I kill the enemies and how really, really squishy the mages are. The very same shit happened to Micromantica when she was fresh 110 and entered Suramar: before gearing up I even had to change spec to survive. So there’s nothing new.

Anyways, I completed all the tasks and even managed to complete my first Horrific Vision! Yes, it’s a question of experience: I learned all two Thrall’s attacks and how to avoid them, but still I’m gonna work on HV avhievements on other toon than mage – most probably a tanking pet toon or a fat melee one with good armor and dps.

And I called it quits for the day. The plan now is to drive all toons to daily experience and through the major questline. Today’s morning I’ve started with Jellica the Holy Priest – kudos to survivability, but takes longer to dps things, and it’s better to join or wait for other players on rares and assault bosses.

There was one funny event in Uldum – many obsidian obelisks you should click off. Problem is, they are located on volcanic eruptions which will burn you and interrupt your action. Found this solution: click them from the mount, even if you dismount, you can still manage to destroy it before it burns you! Maybe there is another way to do it, but this was mine. And you’re so lucky if you’re druid on this one.

Sunday was devoted to fussing around the allied races and other leveling alts. I’ve leveled vulpera fire mage for about 4-5 levels. Was not sure about how I like her casting animations, so deleted her. And this means: I need another fire mage caster for Shadowlands and a heritage armor vulpera.

Started a DK vulpera because level 58 already and a male orc mage because I didn’t feel like I want other hordies to be a fire mage. Ran a couple of dungeons with DK vulpera, was mildly excited. Leveled an orc mage to level 17, thought that vulpera may not be that bad in comparison. Deleted both DK vulpera and orc mage, and rolled another vulpera fire mage. And this time it suddenly was good! Through love-hate relationship I finally made peace with my initiate toon, but it took me all playing day. Well, it’s the result that matters! I’m suddenly in love with the toon, and eager to welcome her in my roster. 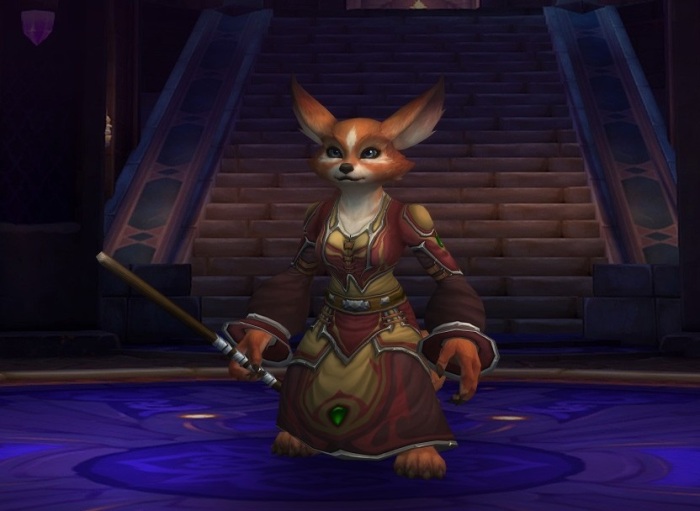 Also ran a couple of dungeons with my mechagnome DK – the heritage armor project. No, I don’t develop bonds with her, but it’ll be quite bearable until 110 and into the bin.

The resulting daily routine plans are as follows:

That sums it up for today. There’s a lot new left to explore and experience, so far the activities seem a lot, engaging, interesting and totally worth doing on all toons :)