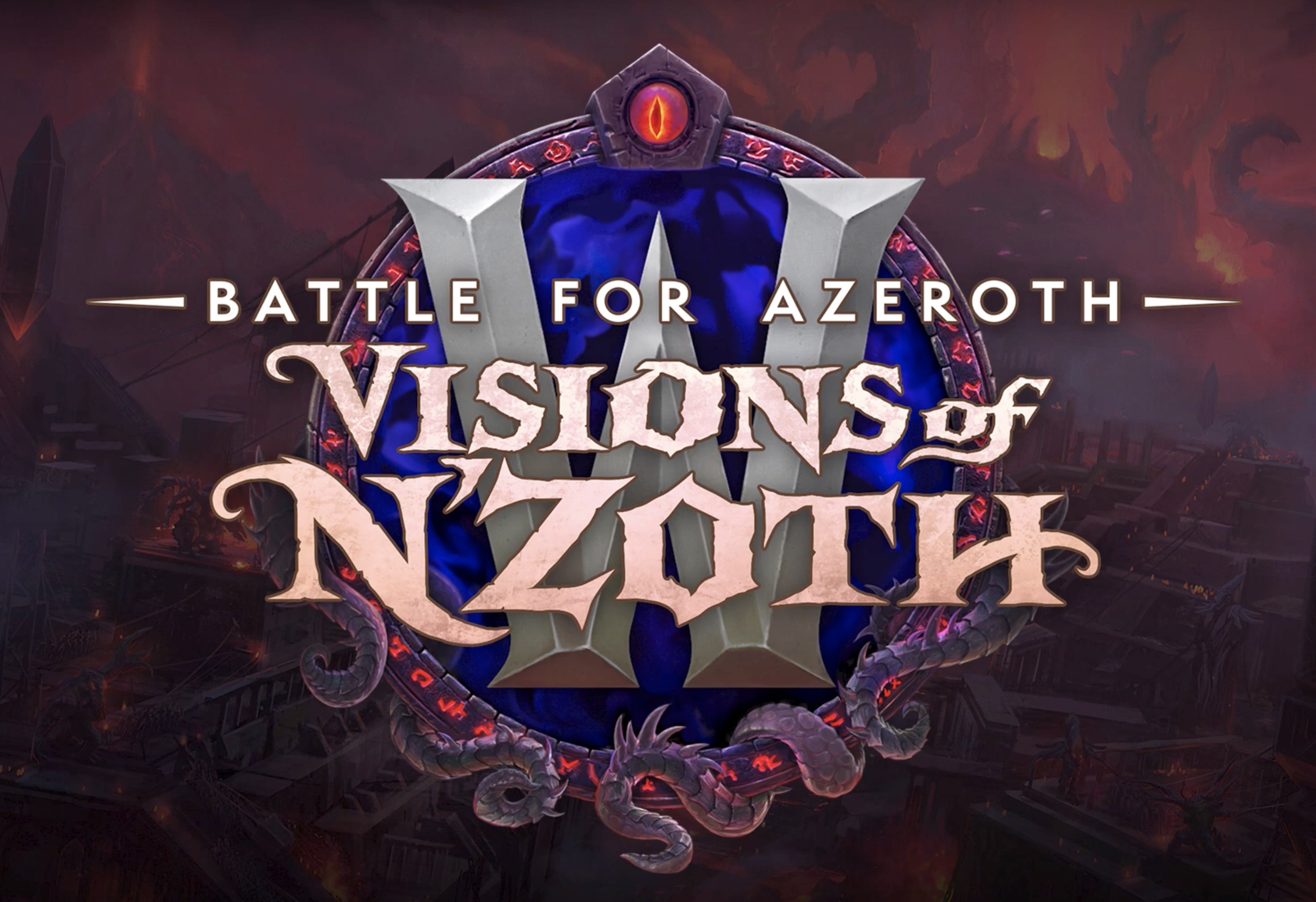 As expected: the release date is 2 weeks after the New Year holidays, January 14-15.

What am I expecting from this patch – or rather, a new expansion?

We will see resolution of the Heart Chamber/Heart of Azeroth/Magni arc. By the end of expansion I got weary from his voice, so that’s gonna be a relief :) Happens every time, Khadgar and Illidan got me bored of their voices by Legion’s end.

We will see dragons! As in Cataclysm, they step forward as guardians of the planet from corruption once again. Wrathion is finally here, hot and badass.

We will see what the Black Empire looks like! It’s not a place, it’s our real planet, but corrupted, and we will take a look at that.

We will finally see and fight N’Zoth! It’s been a while since we saw and fought the real Old God – Yogg-Saron. So it’s gonna be cool to fight with blade and magic against a mass of chitin, eyes and tentacles :)

Maybe – just maybe – we will get the sword problem solved? Probably it’s crypted in datamined secret cinematics, and Blizzard are just veiling it? I’d like that very much.

New goblin and worgen, gnome and mechagnome, vulpera lore! Short questlines of acquiring heritage armor/allied race, but expanding the universe and knowledge about them. Which reminds me: I need at least one Bilgewater Cartel reputation at Exalted.

New Death Knight lore! I guess it comes via Shadowlands pre-order to justify the Pandaren, Allied Races and what not. The starting experience will be a must-play to me.

World quests marry events and marry bosses to take a step aside from what we’ve been busy doing for a couple of expansions. Personally I greet the changes, although world quest system is perfect in my opinion. But diversity is always a bliss.

Horrific Visions as a test-drive of the upcoming Torghast Tower in Shadowlands. A place which has a resistance thing of its own, improved by revisiting it. Intended for groups of 1-5 players – and yes, soloable. A place with its own progression and customizable perks scale.

Heroic version of Darkshore – nah, that’s a hard pass to me.

Transmog, although it seems that there will be only one new set for me, shared by open world rewards and Ny’alotha LFR.

New toys, mounts, pets – I think I’m not hunting them on purpose and focus only on vendored ones.

Beehive-like quest for a flying aqir. I wonder if they learned something from bee experience which was an uninspiring grind?

Granted that LFR set will be shared with open world rewards, and whether weapons are raid-only or not, I’m spending a lot less time raiding in the next expansion/patch. This is both good and bad.

Yet we see the epic resolution of the Old God situation on the planet – he’s the final, most elusive and most treacherous Old God of all. Lore is always good, we’ll see lots of known characters there, and it will be epic by all means. At the very least I’m going for all-wings achievement and final quest on all toons.

I may or may not level them for Legacy Armor before level squish, but I am excited to learn how mechagnomes saved Mekkatorque! And I’m switching my warrior blood elf -> vulpera the minute it becomes available.

I’m always an advocate for recycling the old Azeroth zones, and we will see Uldum/Vale renewed!

The new patch/expansion looks quite complex and decent for the next year. It is hard to predict when comes the next lull – and with my 14 toons to get busy with, but for now I’m hyped and anticipating the next month a lot.