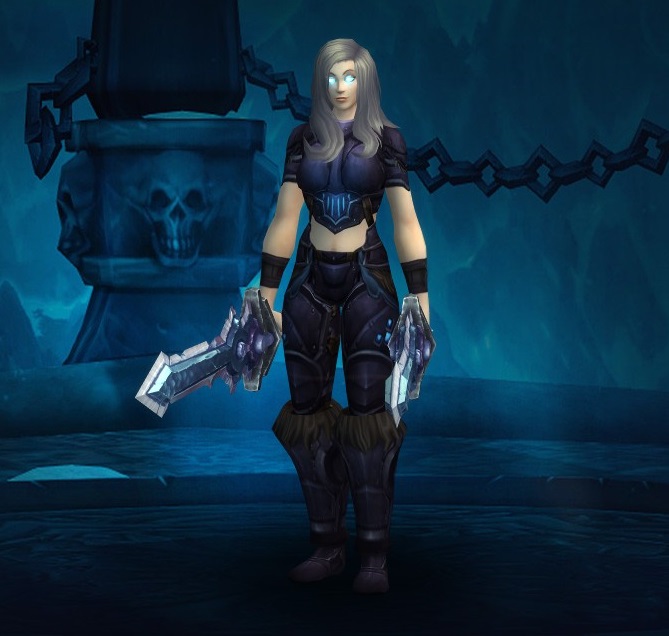 My badass frost girl Gaella is propelling to the tops at insane speed. Today’s couple of hours in the morning saw her entering Pandaria and reaching level 83. I wonder if she will be in BfA on the other side of the weekend? Quite possible!

The reason of the post is actually musing about questing in old content. 62-80 leg was spent entirely in Borean Tundra, with a spruce of maybe just 5 dungeons. I left out only the blue dragon questline unattended (because I got 80 by the time it left), and it has been so much fun!

Shadowlands leveling changes will be a genuine bliss for the alts and the game in whole. It effectively wraps up the whole road to make leveling easier: heirlooms -> mount 1-20 -> zone scaling and pairing up expansions -> leveling in a legacy expansion of choice. Yes, legacy: we are stepping into World of Warcraft 2 with this. And who knows: maybe we will see a massive rework of the whole planet after we return from Shadowlands?

Well, we will still be able and obliged to see a portion of old content when rolling an alt. I’ve caught myself at the thought that I would gladly spend the whole leveling process in a separate expansion. I would rather proceed to Grizzly Hills, and Dragonblight, and Sholazar and skip Pandaria/Catacysm leg…

People nowadays barely see more than one of the available expansion zones – confirmed by Blizzard statistics at Blizzcon with Pandaria example and my own altoholism. It’s Jade Forest and Halfhill cooking quests for a fridge bag, and you’re ready for Draenor. You’d never travel to Blade’s Edge or even Terokkar, never see Townlong Steppes, Storm Peaks, Sholazar, Un’Goro, Winterpsring – unless you want to get there very specifically.

Of course I would be leveling a vulpera and a mechagnome for their heritage armors, but I’ve decided it’s not gonna be a lull sport. I’ll wait for Shadowlands leveling changes and experience it in full.