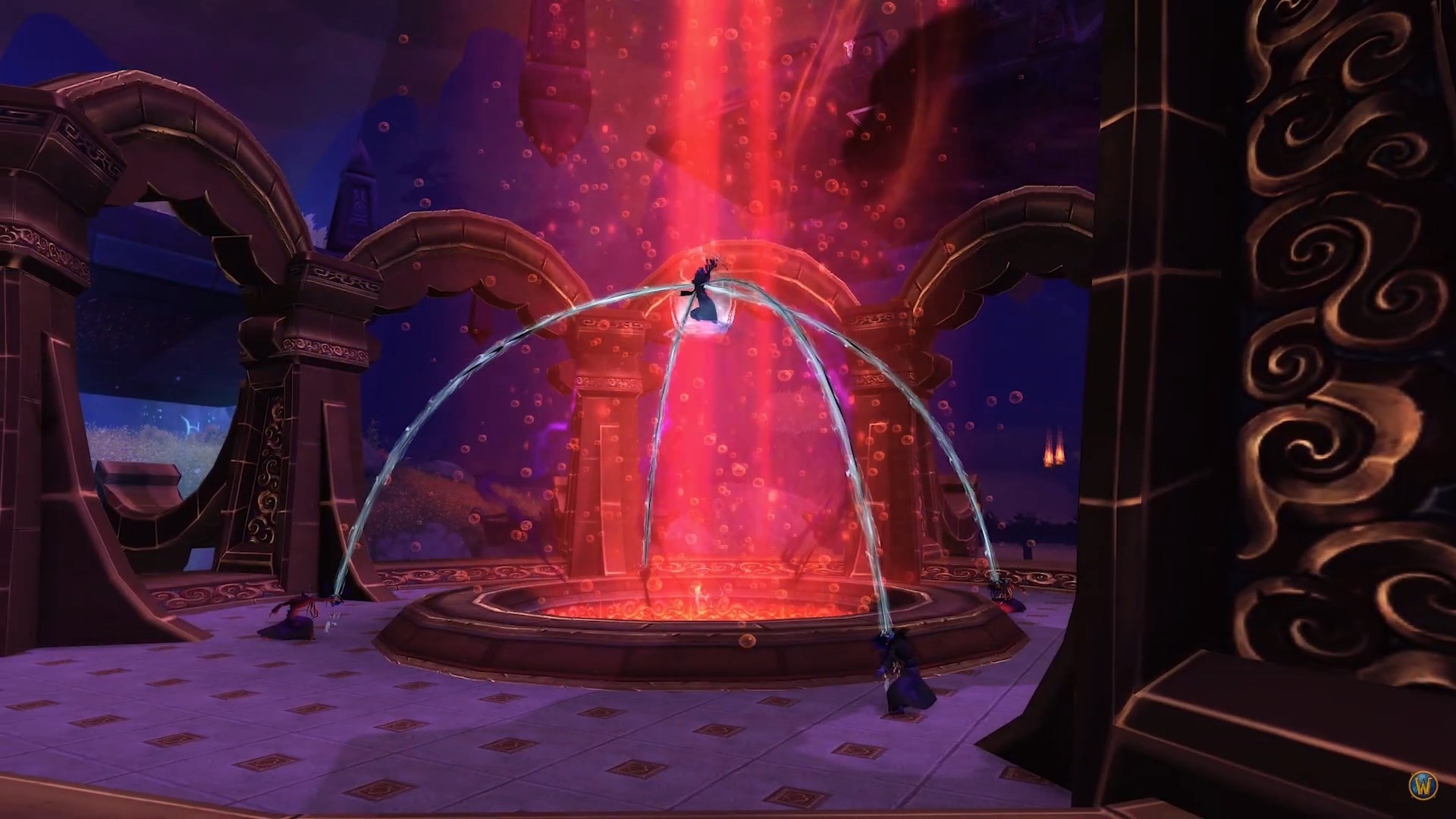 All the massive amounts of information from Blizzcon were all silent about one important thing: when do we start with Visions of N’Zoth and the final chapter of BfA?

We’ve got small things leaking from minor interviews. Rumors from developers are: the final BfA patch is still under development, and we won’t see it anytime soon.

That is justified – to an extent. Some players are still busy with Mechagon, Nazjatar and Eternal Palace raid progression, and three months just don’t look quite essential to complete it all for those who like to take their pace slower. Developers are still busy developing, and granted that Visions are a new system and a precursor to Torghast Tower, one of the main features of the next expansion, they want to make it as perfect as possible.

Granted that Shadowlands launches next year, not later than around next Blizzcon, we would need some time for the pre-patch events and also the new raid’s progression.

Both of these things look like we’re looking at the new patch coming not earlier than Christmas – or most likely, the beginning of 2020, 9 months for the last raid tier.

Moreover, other features are looming at the horizon in Warcraft franchise – anniversary events in retail, Warcraft III Reforged release and whatever Classic “updates” like Dire Maul.

So, where does it leave me?

I’m looking at another lull – in fact, I am in one now. My goals are not much before the next patch:

Doesn’t look much at all.

I think I’m just gonna do Archaeology and transmog farming during the next couple of months. Seems about right. And no, no urge to play or even login into Classic! :)

5 thoughts on “And Now We Can Breathe”