With 8.2. release date not even announced, I’m looking at what might definitely be a month’s lull.

My raid time has reduced drastically. Worst case (no drop) scenario I’m having 2 Jadefire/Jaina runs and 3 Crucibles per week for a polearm and a plate helm. In the past week this was effectively completed by weekend, so this puts me into “go do something else” situation.

In the world of warfronts, I’m free from collecting any transmog items nowadays, so crossing that out. I’ve got the most desired mount – Lil Donkey from Overseer Crix, so it’s also a yay! Warfront goals have now shrinked to Agatha/Skullripper/Beastrider Kama for mount trials per iteration, and Ivus for a couple of tmogs.

Still need those mounts per 750 medals, and I’ve assigned a couple of toons for it (Alliance and Horde). Now they’re sitting at 140 medals each, so we’ll see how fast will it go once I get busy with them.

Azerite power is an emissary grind alright – well I could boast all my toons ranging between 43 and 46. Not a long way to go (presumably). I don’t worry if they don’t get 50 by the time 8.2. drops, but it would be nice. Anyways, gold and war resources along the way don’t hurt – and I suddenly find out that I’m starting to have money again! I will need it for Nazjatar raid tokens.

This is the major list of my activities, which actually take little time to complete. The most distinctive lull markers for me are: rolling new toons and looking into the field of achievements.

I’ve started with exploration: so far I’ve hunted every type of cursed Drustvar beast, and killed every rare in Kul Tiras. Well, one of them appears only with world quest, so I’ll have to wait that out, but still. Next stop: Zandalar.

I’ve no desire to roll and level new toons for endgame. I’m very confident that I have all desired classes and specs covered. So even the urge to level a Kul Tiran and a Zandalari to 110 for legacy armor achivements is painful )

The hardest thing is Zandalari. Of course during this or final expansion lull I may level them, but I just hate this race. Trolls are awkward in general, and goddamn Zandalari are ugly. I think I would literally click and tryout every possible combination of male/female and class spec to get the least disgusting vibe. It’s choosing out of the worst.

It’s a bit easier with Kul Tirans, yet I can’t develop attunement for a character. My initiate monk was deleted long ago. I’ve rolled a male hunter to play at least the lasiest 2-button beast master, mid-second dungeon switched to marksmanship and realized how AWESOME the spec is, deleted the guy with a wave of hand upon next login.

The latest Kul Tiran trial is a durid – at least it’s the class I don’t currently have. Bear’s ass occupies all screen, cats are sad, and balance is well-played, but boring, so I’m trying restoration for the sake of shorter dungeon queues. We’ll see if she lives a bit longer. At least she has an awesome transmog :) 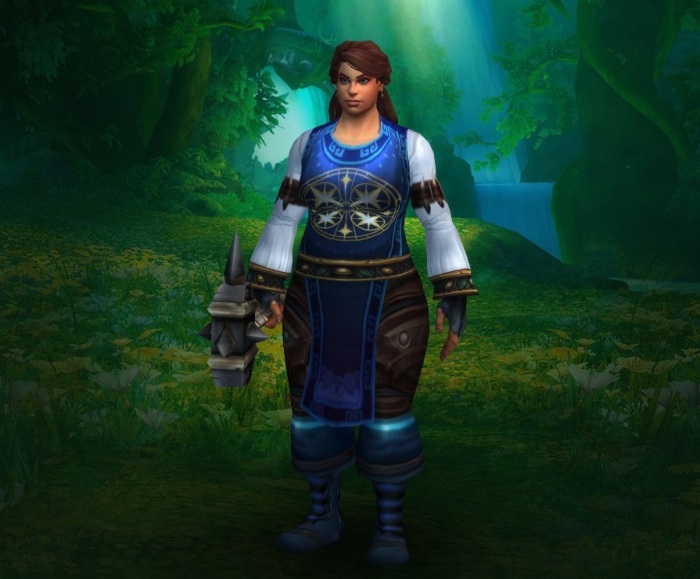