It’s been one of the most productive weekends so far. I’ve played through many alts, and I’ve got a feeling there was a big advance on all fronts:

My chainmail set from Dazar’Alor is now complete! 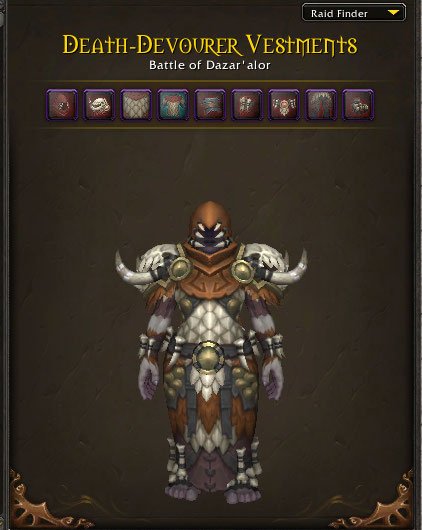 And yes, even the crown from Opulence. What a relief! Moreover, I got the axe drop, so both of my shamans are now free to be on standby. A remaining bow drop will send Baisa there as well. I can now effectively pass on finishing plate and leather armors.

T’zane the world boss was freaking generous. I’ve got pants for chainmail and cloth sets, and both helmet and belt for Fearella the warrior! Now he owes us only leather shoulders (no luck this time). Uldir normal sets are now very close to completion.

As long as I were in Nazmir anyways, completed Magni’s necklace upgrade quest on a couple of missed alts.

An occasional run for Darkshore granted us a missing elven/undead hatchet. I need to make a loot table from warfronts and intensify its farming – the activity was a bit abandoned recently.

I’ve seen a naga invasion – too bad it’s not a story like faction incursions, but a single fill-the-bar world quest. Maybe they will add this later?

I’ve seen the new Tortollan quests. A calligraphy world quest… no, I’m not doing this achievement :) The crab quest is fun though! A lot more engaging than shooting the seagulls and the said crabs.

Micromantica needs 4 certain dungeon bosses to craft her profession tool – crossed out two of them, Rezan and Sethraliss. Siege of Boralus and King’s Rest final bosses to go. For what I experience, the drop is most likely 100%.

Aaaand the last, but not the least: reached round level thresholds on leveling toons:

My gameplay now is so fun and diverse :)