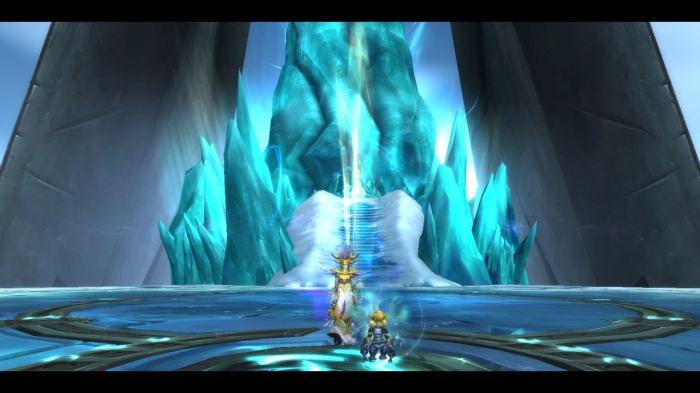 Beside farming Dazar’Alor, I’ve found some fun to do during weekend.

Jagda, the Lavabender Dark Iron, decided to squeeze the most from the remaining portal days – and the most effective thing to do was building a portal network of her own :)

How is that? She’s a Dark Iron, and we have this amazing racial: our personal mole machine – cooldown 30 minutes, appears on demand in the open world (not indoors).

The list of portals exceeds that of a mage. You start with three basic locations, but once you visited certain points and clicked on a mole machine there, you’ll be able to pierce space and time throughout all continents! Here’s the full Dark Iron mole machine portal list:

As you can see, it’s 20 points to go – twice as much as a mage has! It’s easy to detect a pattern. First, every point is located in the middle of a continent, providing shortcuts to every possible location. Second – lorewise – it’s linked to important dwarven points, or beer points, or, most often, marks a volcanic activity where lava goes up to the surface. More often than not, the portals are in the vicinity of important raids for farming!

I couldn’t refuse myself the pleasure of farm transmogs on the way – raids of Outland, Blackrock Foundry and one of the most stunning ones concidering sets for all classes – Heart of Fear – granted me some great items for further use.

Fearella the Goblin Warrior, hanging out in queues by the Great Seal, noticed that Baine has something to offer! And it was no less than a sequel to Vol’jin’s questline.

The questline is not too long, but it took me at least 45 minutes to complete. The piece of lore is the most important: once summoned in previous chapter, Vol’jin’s spirit is now growing stronger in the mortal world. It’s a detective story – our goal is to find out who – or what made him to make Sylvanas warchief and cause all the bloodshed! Talanji, Baine, Master Gadrin and champion travel together.

Vol’jin’s mind and memories are clouded, so we need to visit certain points: his mortal wound spot near Tomb of Sargeras and his bonfire by the gates of Orgrimmar. It is revealed that he didn’t die just like that: something chased loa from him, so he missed an easy demon blow. And he also cannot recall what made him announce Sylvanas’ name.

Then we go to Bwonsamdi’s Necropolis to talk to the mischievous loa. Tricky as he is, he strongly implies that he was not responsible. Bwonsamdi greets death and war, but does NOT see Sylvanas as his ally. Sylvanas tends to praise undeath over death: that is, NOT sending souls to Bwonsamdi, but recycling them.

Bwonsamdi sends us to ask Eyir and the Lich King – maybe it’s them? Because they are both known to make profit from multiple deaths and raising the deceased afterwards. 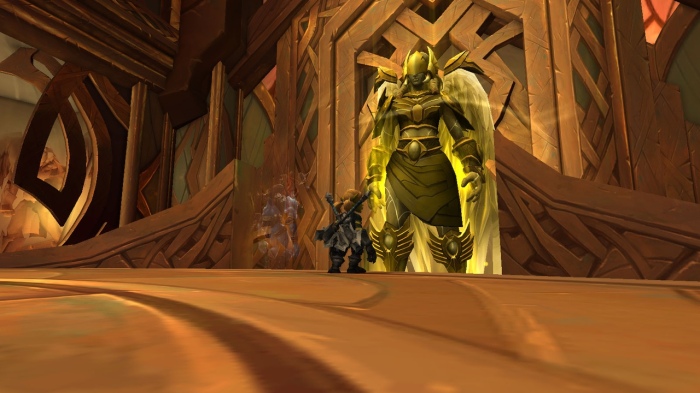 They both say: no, it’s not us, and give their reasons before chasing us away with their minions.

We are left all in confusion. The answers lie in the spirit world, where only Vol’jin could travel – not mortals, so we are left with that.

The whole questline reminded me a kid story from childhood. It was called: “Who said ‘Meow’?”. In the story, a silly puppy hears a ‘Meow’ outside the house, and walks across the yard to interrogate everyone he meets if it was them – a butterfly, a bird, a cow, a frog and a bee. We are yet to find the kitten :)

The story is quite intriguing – so the clues we have are:

Could be an Old God, but that would be too obvious, isn’t it? My thought is that it is something from the next expansion lurking, a preview to the death theme.

3 thoughts on “Trivia: Portals and Vol’jin”