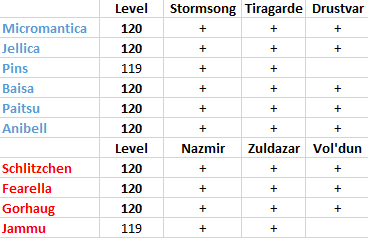 I have very few to complete now. Pins is on her way to Fletcher’s Hollow in Drustvar, and Jammu has cleared the eastern part of Vol’dun up to and through Akunda Temple story. I’ve started with Vol’dun and Drustvar, I end up the leveling project with them in the coming couple of days.

Micromantica has earned BfA Pathfinder – Part 1! Tortollans were the last to get Revered.

I did my first distraction from current content. Paitsu got tired of looking like a hobo, so she scrolled through the transmog set list and picked Siege of Orgrimmar as her new outfit. Which had to be earned from point zero!

It was amazing how I just swiped through the raid with no trouble :) And I was lucky to get all drops but the belt, now a white/golden-clad girl in Pandaria attire (ignore her right weapon, in game it is an artifact-appearance pair as in her left hand): 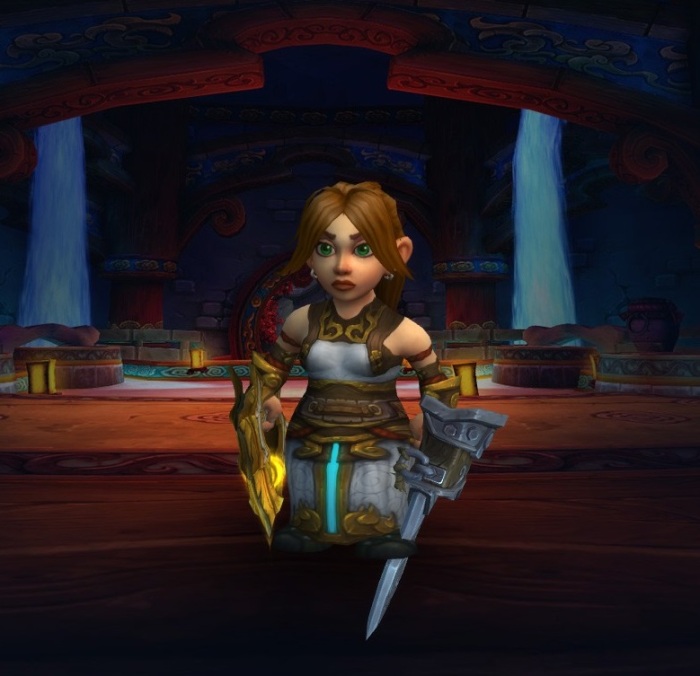 If you were feeling that you gain no power through leveling, try running any raid from Draenor solo. I just burned Hellfire Citadel through – the only boss that gave me some hard time was the first one where you need to juggle dozens of trash mobs alone, or else they blow up cannons and you lose the encounter. Respecced to Brewmaster and used a mob-luring statue to solve it. The rest bosses just died in several strikes :)

Just a ferry pic of Anibell having finished her Tiragarde questing :)

P.S. Yesterday Wisteria spotted my main in game, and we caught up and made friends through BattleTag! :) It was so strange and exciting to become WoW friends with a fellow blogger – so please feel free to add me: