This will be the post about initiate first day experience in the new expansion. Later on, beginning today, I will review the wonderful new zones upon their completion and when I have the full picture – spoiler-free as possible. But for now let us discuss the launch day.

First of all, I didn’t see the launch itself :) It started at 1 a.m., and my bedtime is normally at midnight, so I was yawning, rubbing my eyes by 11 p.m., and eventually just decided to start all fresh and new in the morning :) Besides, I’m not a fan of hundreds of players swarming around a single questgiver. It somehow ruins the immersement :)

I awoke at 5 a.m. though. With a total confidence that I need to get a bit more sleep. Reading few internets in bed and then trying to sleep again, I was still awake by 6 a.m., so I was like what the hell, I got up, started a kettle for a nice hot cup of tea, and rushed forward into the new expansion.

The introductory questlines were awesome. With Magni and Heart of Azeroth, Blizzard clearly learned the lesson of Aggrammar sword short cinematic. People just love their character in the highlight! And not just a highlight, a beautiful one.

I shot every toon of course, here’s some examples:

The following scenario is also a well-learned lesson: once you play through it with your faction toon, the alts may skip it and immediately land either in Boralus or Dazar’alor. Which I did. Scenarios were actually quick and fun, and the Hordies do not need now to sneak through Stormwind like in Beta, they’re landing right at the sewers entrance.

Cinematics reveal us more about Jaina and introduce princess Talanji, the new character. Talanji is a very active political guide for the Hordies, and she will actively help us. Jaina’s currently in jail and will not be seen for a while. But placing her at the loading screen is a hint that she will resurface soon enough, and we must put our best efforts to help her.

Getting Started in BfA: Alt Edition

The game goals on the first day for all my alts were very clear. I went through the following routine:

Now all my toons are set and ready to explore.

The cities are so amazing, it’s like each of the factions got their own pocket Suramar. There’s so MUCH going on there. I didn’t even start proper sightseeing yet! In Boralus, I’ve never left the small Tradewinds enclave yet because everything is conveniently located there. And it’s barely 1/6 of the whole city. In Dazar’alor, you have to run around, because it’s a pyramid which requires three flight paths in the city alone!

I will definitely devote some time merely for city tours with no other goal. For now, it’s just the bare necessities.

I’ve completed Drustvar in full with Micromantica. It was a pretty tiresome trip, and now that I started little questing with other toons, the reason is: it was mage.

Seriously, Baisa the Marksmanship Hunter started the very first few quests in the same Drustvar, and she just wipes out all the enemies in her wake, like a flametorch. Schlitzchen the Enhancement Shaman now did what looks like 25% of Voldun, and it’s a merry ride, the battles are quick, fun and engaging, and I progress quite fast.

With a Frost Mage, it’s just exhausting. I’m not having troubles with enemies difficulty, mark you. I soloed the “suggested 3 players” quest bosses with no to little sweat. Several deaths were explained by my rushing nature – trying to shortcut through a dozen of enemies, pulling lots of them, falling and stuff like that. Normally I cope with 2-4 mobs at ease. But gods, how exhausting it is to pick them out one by one. I definitely need to switch to AoE thinking.

Also, Drustvar has extra fill-the-bar objectives in almost every hub – and I haven’t seen that in Voldun yet. Micromantica diligently cleared up everything that came in her way – bonus objectives, side questlines, treasures, rares, she even cleared one digsite and did some fishing. It was plenty! And with our Legion experience we practically see how quests will become world quests in the future.

All in all leveling with Frost Mage reminded me of 7.3.5. alt leveling towards Pandaria content 20-80. I need my spell arsenal at the ready, I need my rotations, and it’s not a one-shot thing. Which is good.

Also, you get lots of quests during one take. Usually it’s no less than 3-4 to be performed in the same place. If you happen to get just two quests, or some of the mobs in your questing area do not drop quest stuff or don’t go in the counter, but you have to kill them anyways on your way, rest assured you’ve missed another questgiver. Search better!

Drustvar in full provided me 114, and I went to explore the mission table/Zandalar expedition thing.

This is cool that our champions for missions will be no other than faction leaders, like Falstad of Wildhammer dwarves or Umbric of void elves. They will be few, they will be important, and they will all be used – not like when in Legion we had to put some of them away. In other words, garrisons got some extra improvement. They also kept “class order hall” upgrades – Alleria provides these garrison/life improvements for the Alliance.

I don’t quite get how travel and outposts will work. I tried establishing a foothold in Voldun, and I have now a camp there where I can travel by ship. The strange thing is that we became friends with snake people sethraki, and the Horde are their friends too, I saw the Horde players communicating with them in the same place… Isn’t that strange for a faction war?

I haven’t seen all of it, or even half, but I enjoyed exploration at large where I’ve been.

I liked the creepiness of Drustvar, it’s best be played at night time. Even without the music, you’ll hear the owls hooting and all the night sounds (in daylight you hear woodpeckers). Drustvar itself provides not only the victorian horror villages and dark woods, but also a snowy and cheerful mountain range. Voldun is what we longed for: finally an eye can relax at the sight of open space, and for that it’s precious.

The lands easily maintain this feeling of exploration, of learning about new cultures and how people live – in fact, everything that I enjoy in game and also in my IRL travel. There are so many small things to notice, admire and explore – even if they are not in quests. This started in WoD first, enhanced in Suramar, enhanced even more in BfA. Just enjoy it! The amount of work done by Blizzard to make these lands alive is overwhelming.

Finally, me and my wife are fans of hearing different accents when watching cartoons, series or movies. And Blizzard did a great job providing it. The awesome mix of African and Carribean with trolls, and a heavy British version with Kul Tiras. It’s just a mere pleasure to hear, and with all the voice acting. I’m a fan of Taelia’s voice – I could listen to her speaking like forever. The last time I was so excited about a character speech was Yrel in Draenor – to an extent that I wrote a personal gratitude to the voice actor in her Facebook.

My first and foremost goal now is obviously leveling my alts and exploration with no rush. There’s a lot of work to be done – to make both continents our home, to put our noses in every crner and learn what is happening in this new exciting world.

The secondary goal is preparing for the Uldir raid which opens for me in the middle of September (LFR 1st wing). That means gearing up after 120 – I guess I have lots of time for it.

P.S. If you somehow thought that “We need their navy” is merely an empty excuse our questing and the new lands… well, just compare the standard boats of Stormwind and a standard Kul Tiran boat in the harbor. We do need their navy. 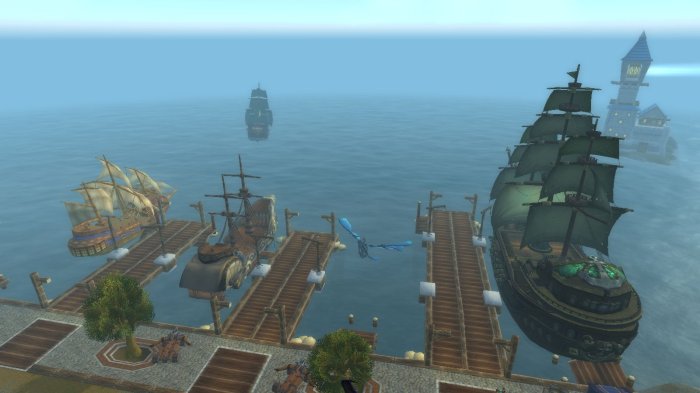 P.P.S. I’m laughing so hard with my Tauren Druid’s face! It’s like when Beavis and Butthead are being briefed about anything of importance. My moose girl is not stupid, but she takes all the pompous talk exactly as the duo. She will also mock the speaker if something seems funny – and in the most serious moments too. Just look at her:

Errh… Speaker of de Horde? Whatever you say :)

7 thoughts on “Trivia: Our Journey Begins”