First and foremost, the one set before last is done: Demon Hunter! With one decisive strike, Melaris hits the missing items, winning her 2 remaining pieces at once!

What is left considering my raiding in Antorus is my monk. All four of the leather toons are trying for the belt from Varimathras, and Paitsu only is responisble for Aggrammar and Imonar pieces. This takes little to none time from my gaming routine.

To take a break from leveling and raiding routines, I’ve slowly started working towards my long profession grind achivements.

Micromantica joined a funny chatty group yesterday, and she obtained two more bars for Conjurer Margoss reputation. I think this will be the case until BfA pre-patch: once I’m done leveling for the day, I’ll work towards archaeology, fishing, or maybe this remaining first aid. My grind bucket list until pre-patch is this:

Basically every grind is “go and do”. I will need some movies and series for the tasks :)

My previous thing of bringing the 4 toons up simultaneously appeared to be not so much fun. I found it quite more effective to take one toon at a time and devote several gaming sessions.

This weekend was exclusively devoted to Myde the Arcane Mage. She did Netherstorm in full (almost) while also running dungeons like hell. And I brought her 22 levels up from the other toons, look where she is now, at 82: 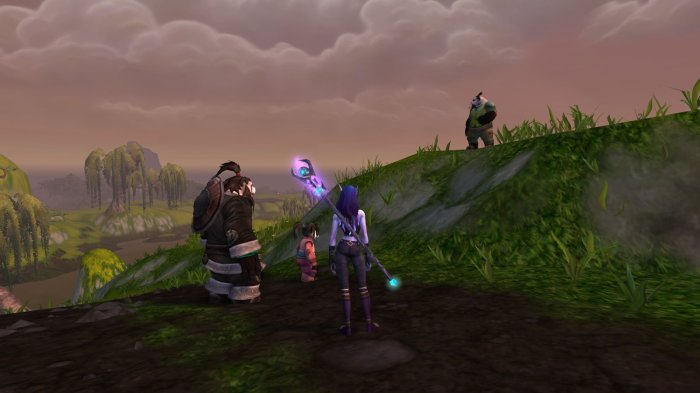 Anyways, here’s Netherstorm experience. It was hell for an arcane mage. I guess it’s the class that has most troubles… because most mobs are immune or have a special defense against arcane magic! There are plenty of ethereals, spirits and arcane/void elementals… very immersing but very frustrating. Some of the quests I had to complete in Frost spec, because I couldn’t even hurt the common mobs!

I was also frustrated that most of the questline final bosses require 2-5 people to kill. Obviously it was a challenge for me, being the squishiest and petless class. And I actually had some fun trying to win the unfair encounters (and I did down 3 of them), but a pair of last bosses just kill you in few strikes. Vendetta, I’ll return there several levels later. But serisouly, this must be nerfed.

Anyways, picking the missed and forgotten zones for leveling is just amazing. Twilight Highlands is a must-stop for one of my hordies, because I’ve always naturally missed it: it opens at 84, along with 3 new Cata dungeons which bring you through this level to Pandaria. I just need to see their unique storyline.