Oh my god, there’s so much to talk about that I actually don’t know where to start!

Let’s go in no particular order. 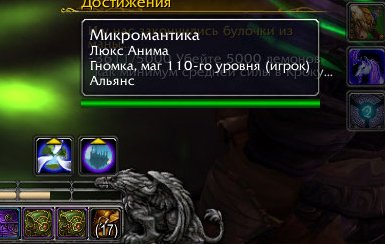 A minor change, and for Russian players only, but it’s actually very nice.

Previously, Gnome and Dwarf females had the same race indication as males in the above panels. “Гном” & “Дворф” (read as: Gnom & Dvorf). It happened because we don’t actually have the acknowledged female words for these races (like we do with elves, for example). Partly because there were no female gnome and dwarf characters in classic fantasy. But! you could form them according to Russian word formation rules. And they finally did it. “Гномка” & “Дворфийка” (‘Gnomka & Dvor’fiyka) – so now the gnome and the dwarf females have a word gender indication like they should. As a linguist by hobby and by education, I’m too pleased with this.

Now, to something bigger. Literally.

This was freaking huge. I didn’t expect it to be that big! It certainly is a major change in landscape – I only wish the zone was a little bit more filled with stuff, and I hope for more questing to come – at least with pre-patch. From what it looks now, we’ll have a small cutscene considering artifacts, and this is gonna be it.

I liked the questline, it was quick and entertaining, quite logical, and 50 points to Blizzard for introducing gnomes and goblins as your questgivers. I hope the races would play some more major role in the next expac – at least some quest hubs would be nice. All loose ends are finished, and it’s a perfect bridge to the next expansion.

Obviously I did a free fall from the very top of the sword! People already counted that it’s twice big as Mount Everest! And you can’t even see the ground from above, that is really cool.

As for Alliance & Horde cinematics, nothing describes them better than a photoshopped hilarious picture which collected some enormous amount of likes and reposts in my Twitter. Caption with errative “life” says “Lyfe with Alliance” | “Lyfe without Alliance”:

Yes, that was the main question with me: why the Horde’s celebration table is so… poor and sad? Anyways, I totally bought both characters that were not introduced in cinematics before: Gallywix and Matthias Shaw, they were amazing. And I grow liking Genn more and more.

Leveling and Leveling Dungeons in Patch 7.3.5.

This is my troll shaman’s happy face: 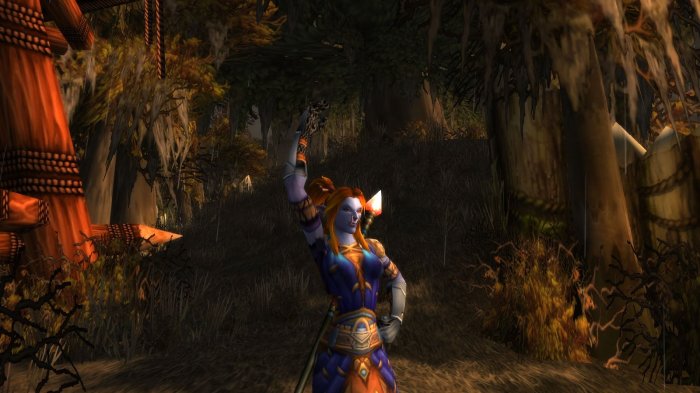 I’ve leveled through the whole Dustwallow Marsh in full just to understand the new drill with scaling – 5 levels 40 to 45. And it was simply awesome.

Mobs really are dangerous now, you have to fight them and watch your step, you have to care not to aggro too many. And it’s so refreshing!

I mean, do we really need Vanilla now? Because what happens today is a really tough and challenging gameplay. It’s also quite rewarding, because every quest reward item is an upgrade for you, and you don’t feel like you should move on to another zone if you want to do questlines here. Strangely – it’s soothing! You are not in a rush, you feel like you’re right at the place here, so you take your time and just enjoy the scenery and stories. Which is more important, if you’re tired of marshland, you could switch to flooded Needles or deserts of Tanaris, or jungle of Un’Goro, or Silithus sands in a blink! Not to say anything of Eastern Kingdoms. So, to sum it up, you have a really decent choice of leveling options. An overwhelming success.

As for dungeons… lol, you can’t tank with a healer’s back anymore. First, you have an access to low level ones even at your high levels. The first dungeon at my 41 that I did was… Ragefire Chasm. And I actually had to HEAL there. Not just occasional heal, but actually support the tank all the time, or else.

I also did Razorfen dungeon, and a part of Stratholme. At Stratholme, when we occasionally aggroed the sinister pack of zombies without a tank, it was actually quite SCARY as they went upon us, and we knew it meant a wipe. 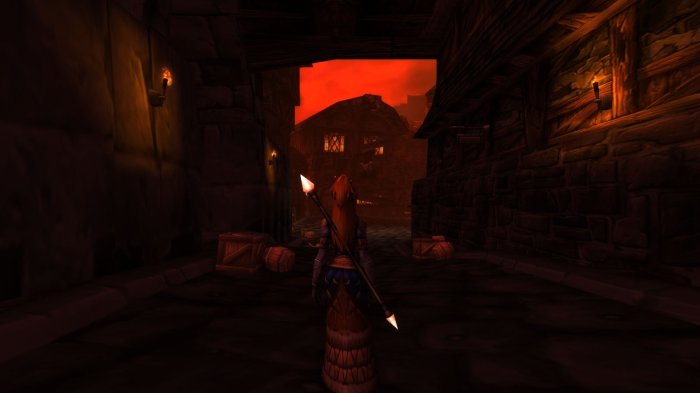 Immersement is here again. Dungeons are not something you AoE with three people, but an actual challenge. And it’s not the best way of leveling anymore, which also solves the problem of “level to 15 – stand in capital and queue until you’re fit for the current expansion”.

Some people are whining of course. We didn’t finish Stratholme, as half of our group quitted midway. But hey, you all wanted Vanilla, so what’s your problem with having a piece of challenge? I foresee the whining threads at official forums “Paladin fucked hard by three murlocs – watch video without registration and sms!”. All too funny.

I just can’t wait for the new races so that I could play… classic WoW-style, and in the zones of choice.