Theramore, a city-state in Eastern Kalimdor, was founded after the Third War when humans, dwarfs, orcs, trolls, tauren and night elves defeated Archimonde at Mount Hyjal. The races then scattered across the continent, trying to set a peaceful life.

Orcs founded Orgrimmar, trolls inhabited the isles to the south. Tauren established their magnificent mesa capital in Mulgore, building the gates to protect their lands from nomadic centaurs. Night elves dissolved back in the forests, trying to heal the damage.

Humans and dwarfs who participated in the battle were Lordaeron survivors who believed Medivh’s prophecy and followed Jaina Proudmoore, managing to get away from the deadly blight and murderous Scourge hordes. They allied with Thrall and helped him cure Grommash Hellscream, which later allowed Thrall and Grommash to slay Mannoroth and free the orcs from their blood curse. They valiantly fought against the Scourge and the demons at Mount Hyjal, taking the first brutal attack waves of both demons and undead upon themselves, and stalling the Scourge long enough to let the orcs and night elves prepare their defenses.

After the war, Theramore was founded under wise guidance of Jaina. It has always been a peaceful state, until her father, Admiral Daelin Proudmoore, briefly took charge and tried to invoke a full scale war against the Horde who were busy with peaceful activities at the moment. Jaina, Thrall, Rexxar, Rokhan and other good people put an end to Admiral, and ever since the relations between the orc capital and the human/dwarf city state were friendly. Jaina and Anduin helped the Bloodhoof tribe to keep Thunder Bluff safe when Grimtotem tribe under guidance of Magatha Grimtotem initiated a treacherous mak’gora death of the previous chief, Cairne Bloodhoof, and then snatched the rule to herself. With Theramre gold, the tauren were able to hire goblin zeppelins and reclaim the Thunder Bluff throne. And Jaina was always friends with Thrall, arranging meetings from time to time.

Things went south under Garrosh rule. First, he saw Theramore as Alliance base – and only the Horde – more importantly, the Orcish Horde – may have ruled Kalimdor. Second, he was a murderous asshole.

A goblin zeppelin under Garrosh orders threw a powerful mana-bomb upon the very Jaina’s mage tower in the center. The city was evaporated.

Except Jaina, there were no survivors – she managed to magically shield herself in the last second. Vereesa Windrunner, also a citizen of Theramore, was out of town this time – so she survived as well. It’s because of this explosion Jaina’s hair became color white from stress and grief. Jaina, once a ruler of generous and valiant survivors and heroes of the Third War, lost everyone and everything in a second.

During the Pandaria campaign, blood elves used their admittance to Dalaran to sneak a powerful and dangerous artifact. This resulted in slaughter and exile of the Horde from Dalaran.

Do you really wanna call Jaina a bitch and a mad one now? 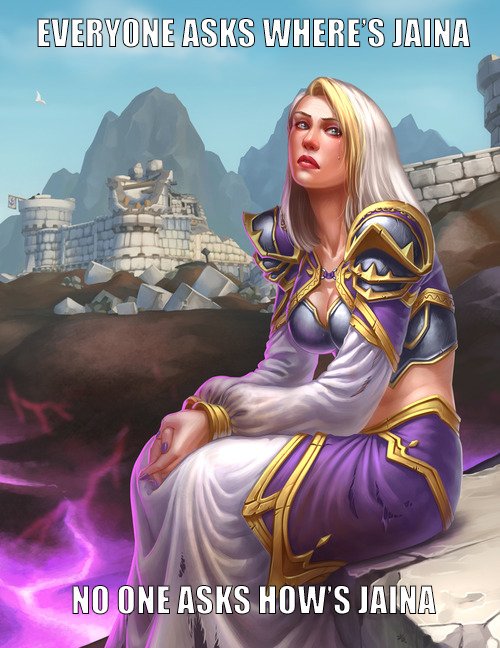 In game, Theramore was my gate to Kalimdor. I remember well boarding my first ship and arriving at the peaceful Theramore harbor. Solving troubles with pirates and kraken, collecting turtle meat for cooking skills, doing first aid quests, my first meeting of Nat Pagle. And – on to exploring the continent!

I was also in awe with Jaina, grew to like her since Warcraft 3 campaigns as a clever, reasonable, kind and competent leader. Micromantica, my first character and my main, is Jaina’s friend and apprentice, skilled in frost magic like her mentor. 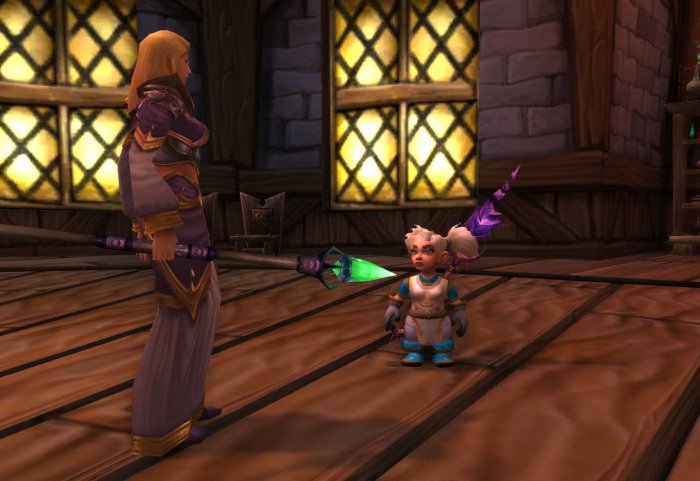 One thought on “Remember Theramore”