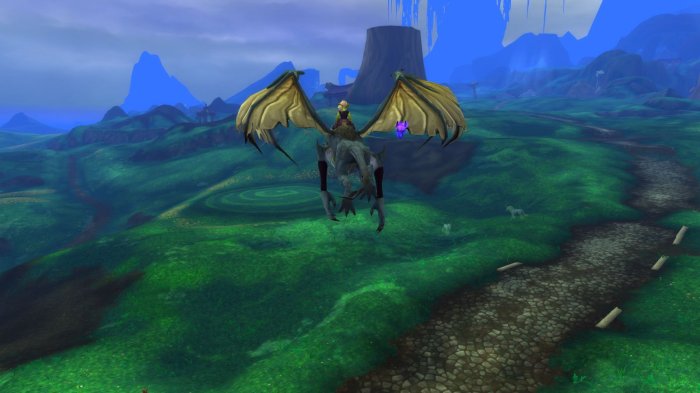 Let’s start the post with an amusing shot :) The secret is that tree textures weren’t there yet, so I quickly took a picture of what Val’sharah would be like as a meadow land. It looks like a goblin shredder went through the zone. The terrain is not very pleasant – even if Val’sharah is the most flat surface among Broken Isles zones, it’s still hills and stuff. In the next expansion I definitely want something like Tanaris or Valley of Four Winds.

So, on to my trivia.

The good thing is I’m almost there :) I think this would be the end of the AP grind in Legion for me, and I will stop tracking the weapon progress whatever system Blizzard adds in 7.3. Technically no grind was done here. Just natural income of AP via missions, raid and world quest drops on the way.

Not to crawl through dungeon journals, I did a list of bosses my toons need to kill for the remaining set pieces. Separate pieces are marked with comma, shared model is marked by slash. 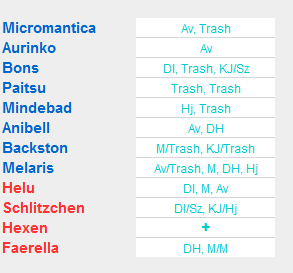 Kil’Jaeden drops set pieces only for three toons, and it’s shared models – for example, Schlitzchen may get the same model from Har’jatan. So I don’t even have to grind him. Obviously there will be at least a single quest kill for every toon, and all of the toons must receive Argus above their heads. But I’m glad I won’t be grinding him unless I want to. I’m anticipating the fight on Wednesday – I’m eager to cope with the many mechanics, but it’s the first time when encounter itself excites me more than its lore.

Four pieces – one for Death Knight, one for Mage and two for Monk – come from trash only. I wasn’t that lucky so far with BoE drops – I think it was just a priest belt yet. So these toons are bound to grind the whole raid – save the last bosses in the wings – for remains. It’s kinda ridiculous, and cruel, as you can’t even drop coins.

All in all the runs for models this week were quite time forgiving, as I was already focusing on the specific bosses, so I skipped a large lot. And the raid runs will be shorter and shorter as the time passes. My ultimate goal is coming to 7.3. with as little obligatory raid runs as possible so I could focus on the new content.

2 thoughts on “Trivia: Closing In”