The weekend of Labor Day was devoted to many-many things.

She had a pair of quests there: covering the bag-making for Tailoring, and getting a toy.

Bags are useless, because they are worse than Draenor’s, still I got this covered. Now I need to learn only the legendary craft recipe, and my Legion tailoring list will be complete – if not for 3-star ranks.

The toy is precious. It’s a cube which you can launch and watch every Legion cinematic – much like your Draenei/Troll historian for Draenor cinematics in your Garrison. It’s awesome that it pops on demand, you don’t have to go anywhere to relive the memories. The starting quest item drops from Chronomatic Anomaly in The Nighthold with great chance.

The dungeon itself went nice. I went with two different PuGs, and we’ve blasted through all the bosses. We even earned an extra achievement on our way. There was a pair of delays: of course I wanted to see the pictures from Medivh past! Even if I know his story well. And then I got lost a bit, because people ran forward. Still, the PuG was nice, and they even returned for me once. And there also was a strange thing when we got to figure out that spider web is actually a stair you could climb, so this time two of us were confused and lost: it was like a portal leads to a dead end.

On weekends I manage to clear the emissary lists on all toons, and with flights it’s a mere pleasure. My goal is Exalted with every faction, and I’m on a finishing line now. I’m not working on Legionfall now, because I want to get its rep through weekly plot quests. 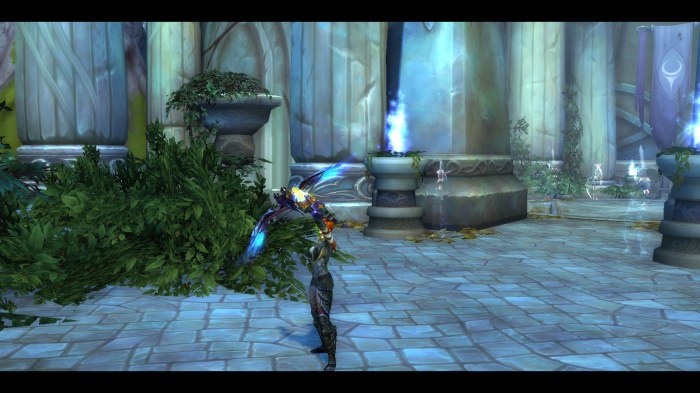 Backston suddenly discovered that she could simply buy a raven crossbow hidden thing for her Marksmanship! All you need is just Revered with Farondis.

Mayluna hit Exalted with Dreamweavers, and bought a hidden appearance for Balance… although it apparently requires a second element which I will have to grind at Darkheart Thicket ever since.

Yeah, so I finally went for LFR after my big pause. Ran The Nighthold on a pair of toons – Backston got two tier pieces, woop! And I also went for Emerald Nightmare to grind the mogging – no luck. It’s not that I didn’t get any loot – I didn’t get the loot that I wanted. 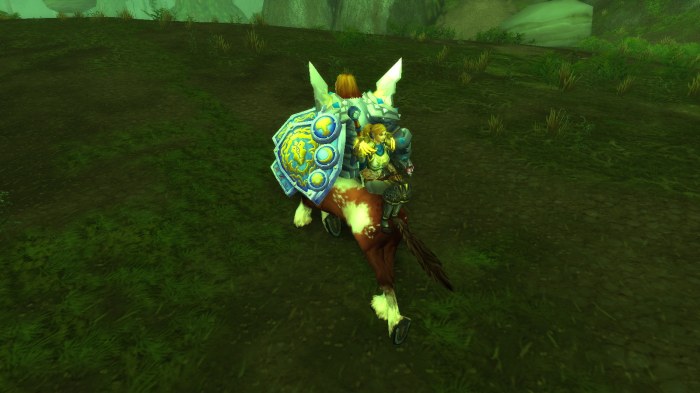 Yeah, so Anibell quickly finished the Un’Goro questline for Maximillian of Northshire, and upon return to Dalaran she got a letter from him.

The questline is easy enough and pretty hilarious. Yet again it’s Don Quixote thing. Only this time he doesn’t mistake dinosaurs for dragons, but rather crabs and murlocs for demons.

It’s at least understandable, but then he mistakes a goblin in a Dalaran tavern for his dame, so she had to hide from him under mask. I felt sorry for him. So when he became my follower, he was immediately sent into Light Hope’s Asylum for Tragically Insane. No adventures for him.

On one evening Micromantica soloed every Mythic dungeon in Draenor and got achievements. It’s very easy nowadays, and you just burn down that cannon on the train with your normal dps. Mark you, I found the lack of content a bit discouraging, but I liked Draenor very much. It’s nice to get back.

It’s time to do heroic runs now and get the achievements. 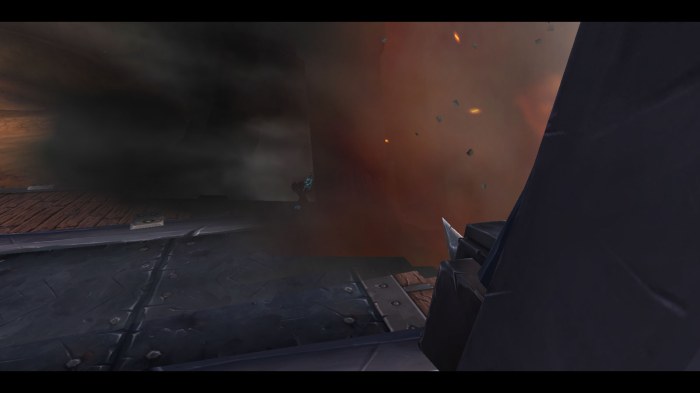 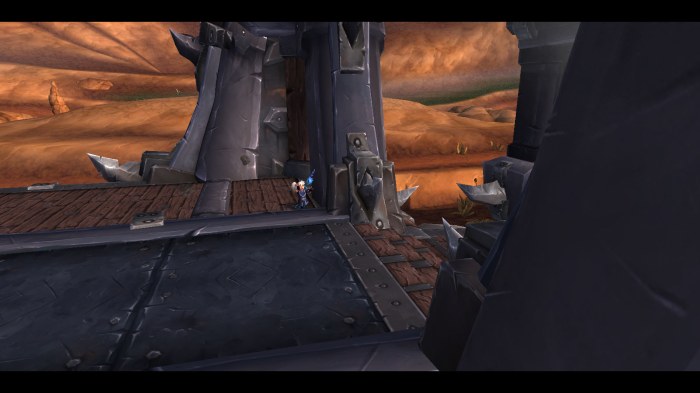 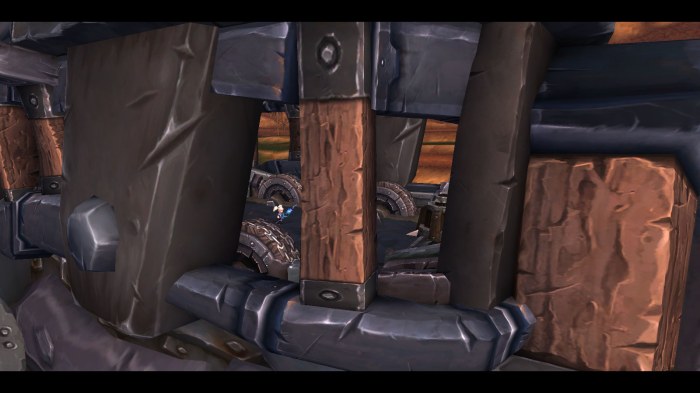 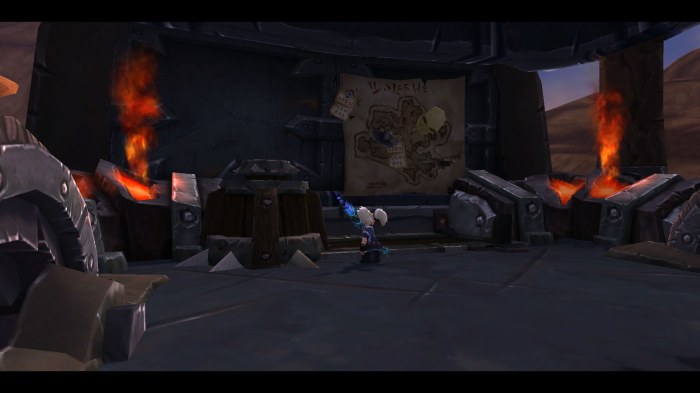