I did lots of race changes for my toons, and there’s always been one and only reason: I’ve stopped to like the vibe of a character’s moves.

The most outstanding example was swapping from a female Undead warrior: for no explainable reason she did flip-flop jumps during her rotation. Just imagine this: a sturdy warrior, a bony Undead, burdened with all the heavy plate armor, is jumping like a rabbit – even more than monks.

So, eventually I get tired of this, and it calls for a race change.

The current change was planned for Lizgun the Goblin Hunter. 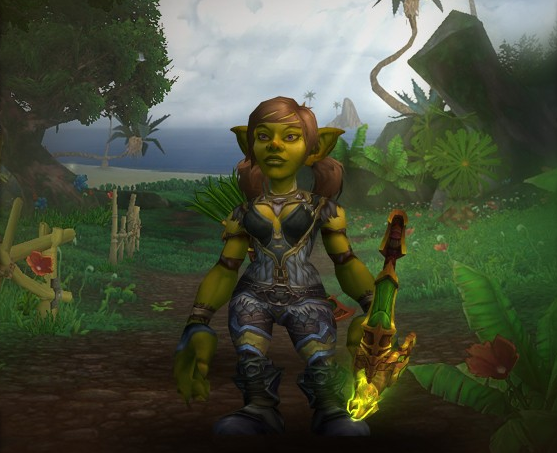 Generally I like the animations of how she shoots, but her running with a bow was a bit funny. It was cool how I forged a bazooka trooper of her during Draenor campaign, but in Legion it calls for a classic stalker thing, so a goblin doesn’t exactly match. And the last thing is: there’s a very ridiculous ‘pole dancer’ strike if I go for Survival spec. It just doesn’t make sense, it doesn’t look effective or powerful, and it exposes you to the enemy from all sides.

So, I did a test-drive of trial characters of different races. I was choosing between a Gnome, a Draenei and a Human females.

Draenei didn’t work at once. The girls are the most beautiful race in WoW, this is very true, but her shooting stances looked extremely clumsy. Draenei worked for my DK and Monk, but Hunter just didn’t fit.

Gnome was very cool. I just saw how she shoots, and it’s a proper steampunk / space marine. I’ve immediately imagined a front line with bunkers and trenches, or a war engulfed street. In this kind of setting I would go for a Gnome Hunter – Storm Trooper. Yet, in WoW we mostly deal with adventures in the wilds, so I wanted a classic explorer.

Then came Human. It worked at once, so Human it is. I’ve tried every spec, and the animations were perfect both with Survival and Marksmanship. She would fit both in towns and in the wilds. I was inspired by Grizzly Hills human community – if you remember the worgen curse questline there in Northrend. Just this trapper type. 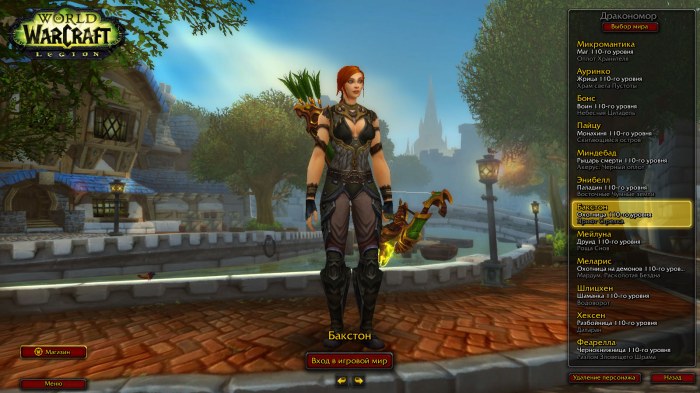 As usual, I’ve spent one-and-a-half hour meditating about her name. The ones I’ve wanted were already taken, and even the inventive ones.

There’s a special benefit of giving a surname for nickname: yesterday it paid off.

Backston was my Human Warrior once: 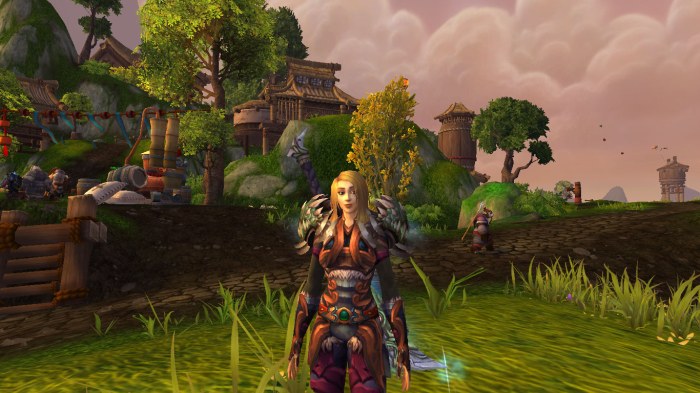 And I’ve came up with an idea: what if she and my new hunter were sisters? Now it makes sense:

Julia has ended her campaign in Draenor, so my new hunter would use their family name now. 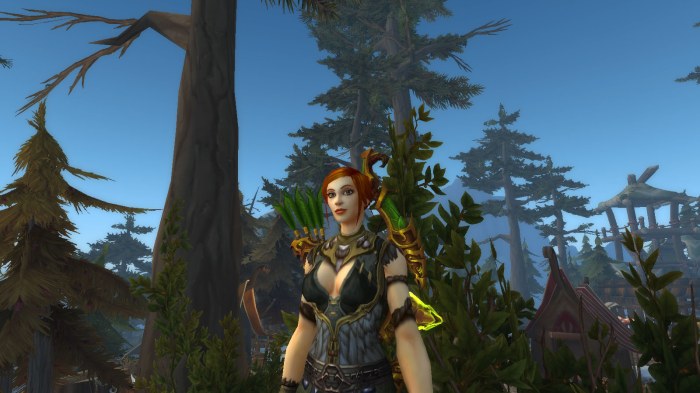