It was quite a weekend!

It was the highlight of the weekend. I drove all my alts to acquire the knowledge level of 26, place orders, and run some quests for unlocking new traits. I ran them in a casual way: whenever I felt to. The important thing is not to get exhausted – the expansion launch days taught me a lot about overdose.

If the weapon name is in bold, it means I did the quests and unlocked new traits for it. Of course I’m doing every weapon, but step by step.

Quests are shared among classes and are actually few:

And this is it. If you saw these quests, you didn’t miss any lore.

The common point is that major villains always escape: we will deal with them later.

Mindebad the Death Knight and Her Unholy (Least Played) Weapon

Anibell the Paladin and Her Majestic Shield 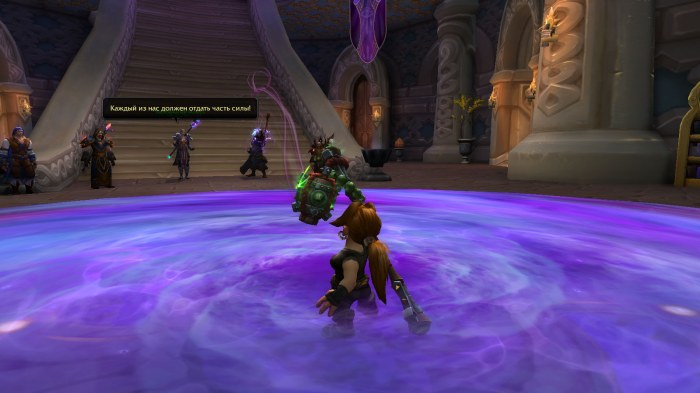 Micromantica is actually digging reputation – and in a casual way. She doesn’t farm anything, thank gods. I just grab every world quest available – and the batch of four actually takes 15-20 minutes. So, in the first week of this casual gameplay, I will be already Honored. And I barely had one order hall mission for rep tokens.

What Blizzard says: this step for flights is gonna take us 2-3 weeks.

My alts don’t run Broken Shore quests – I just don’t see any reason now. Other reputations for toons are somewhat frozen in a stalemate a bit over Honored/Revered borderline. I would casually take a toon and run an emissary now and then. We’ll be there.

Nether Shards – I don’t count them. Eventually I would buy some toys, but armor tokens are about the mogs that I already have, so I better upgrade through raids.

Obliterum – all the same. Micromantica boosted a 835 item to 880, and it’s the highest ilvl item I have except legendaries. But its appearance doesn’t change like it was with upgraded weapons in Draenor, so I just go: meh. Doesn’t worth bothering.

In other words, it’s nice to have options to raise your ilvl, it’s just I’m not too hungry for ilvl, and so I won’t use them.

It’s an amusing routine actually. I gathered some mats throughout a month and didn’t spend them. And Darkmoon Faire is a perfect time to check your state of skills: revise the collected mats and craft a lot of stuff to raise skill level along with the Darkmoon +5 quests.

Like I said, professions in Legion mean nothing to me. I only want to cap 800, do all the mogs, toys and mounts, and forget about professions until the next expansion.

I’ve ran the profession quests for every toon in Darkmoon Faire, and this time my Leatherworkers, the monk Paitsu and the hunter Lizgun, both dinged 800.

Which means that I was able to craft myself a moose!

I’m glad cause it’s finally a proper moose. Not some ghost one or streaked with magic tattoos. Just your common, hairy, smelling, alive moose :)

I’ve tried the potion of night or whatever it’s called. It’s too cool to be true, and I love it. I need to buy more of this. No screenshots of it yet (the picture above is actual Highmountain nighttime).

The coolest thing in 7.2. is that your head turns after your target’s face now. Now it’s not like you’re talking to a person and ignore him completely: your toon will look at his/her face.

The most benefits here are for Gnomes and Goblins! They actually raise their chins if they’re talking to taller NPC or players. The days of speaking to kneel caps and belt buckles are over! 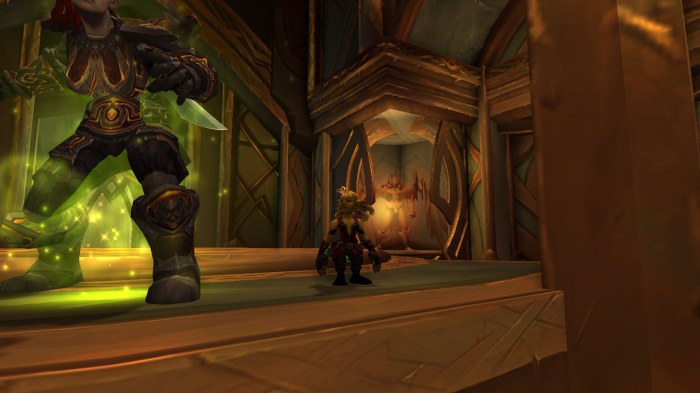 Taller races like Elves, Tauren and Draenei would tilt their heads down to talk to shorter races.

And you actually pay attention to your enemies now, not looking in the horizon while cutting off limbs.

Suramar dungeons and Karazhan wait for me to explore. Didn’t touch them yet, but it’s in week’s plans of course. I want to see them – and then it’s just single runs for quests. They won’t be included in my dungeon routine – because I don’t have any dungeon routine and never will.

Didn’t have time to continue my raid runs yet – I think I’m gonna do them when I’m done with weapon questing.

Waiting for invasions this week. I wonder how they would work – the most important thing here is schedule of course.

This is it for tonight :)