Yes, on Friday I’m done with Insurrection questline – Mayluna blasted through it shifting in and out Balance and Feral forms, and so all the toons made it to the secret entrance.

It was a great relief actually. I’ve covered the main plot chapters for every toon, and so they are feeling free to do something else now.

So that I didn’t accidentally start to like world quests, Blizzard threw in a WQ week like on purpose. This means 240 WQ to be performed during 7 days! And it must be done, because my toons are barely scraping the last 100 resources for the artifact token missions.

While I’m largely ignoring all the weekly events, the resource week is always one of my top priorities. I’ve barely did 3 order hall upgrades, I’m always sending my toons for missions, so resources are a must. And right when I was ready to play in a relaxed way, I’m having a very tense schedule now. I appreciate the irony :)

Tip: to drive your alts through WQ week fast and easy, don’t complete them one by one. Choose the easiesr quests and do them on your alts, wait for the next day, repeat. If you try to do 20 quests on one alt in one seat, you’ll have to crawl into well-hidden places, waste much time and effort, and end up exhausted.

Darkmoon Faire was another add-up to the tense schedule. Although not that urgent, I’ve driven all my toons through profession quests in one go to forget about it until the next month. It seems I’m leveling my professions through Darkmoon only :)

Hexen dinged Alchemy – and as a Goblin, she had to reach 815 skill level. This makes 4 maxed professions for the meta achievement: Alchemy, Herbalism, Tailoring and Skinning. It’s a long ride…

I’ve already wrote about my frustration: once I finished the transmog quest for 1000 soul shards, I got the ugly brown model set from Normal raid as a reward, and didn’t get  beautiful dark blue LFR cloth models.

I went to Trials of Valor with another cloth toon yesterday – who doesn’t even have this quest now. And Odyn drops a full LFR model set for her – yes, the dark blue one!

I guess it’s awesome. I need to check how this works on other armor types too. This means a lot less runs then.

Probably there is no more frequent line in my blog than “I – don’t – heal”. That was true until yesterday.

Well, I’ve tried some healing before. Mayluna the Druid was a healer for 1-64 levels. I’ve also obtained all the artifact healer weapons – which was a disaster.

But never say never. Aurinko – as her name suggests (“Sun”) – was destined to try a bit healing ever since she was named this way.

I went for Emerald Nightmare first, cause I needed some cloth mogs there. Bosses pop like balloons nowadays, so why not try?

I’ve read the TL;DR section at Icy Veins, which gave me the basics. Placed the talents at my bars, juggled them a bit, and went there.

Healing EN was not difficult. In fact, it was a piece of cake. Okay, let’s do Trials of Valor – with all their heavy mechanics where people still die. 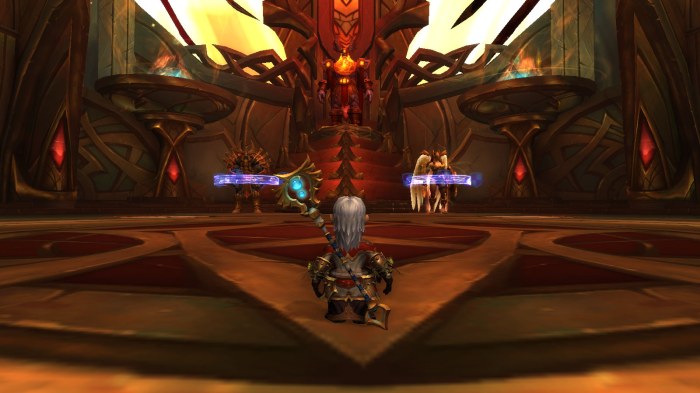 Still not believing it’s happening, I queued for the current raid, the Nighthold, which is not overgeared yet, and people tend to wipe on Tichondrius because of low DPS and his enrage. My artifact traits on healing weapon are 34 now, so I didn’t have even this 5% boost.

It was awesome. I was perfectly aware of what I’m doing, I got full control of the situation, and I’ve finished all the three wings as a healer. For the first time in my life I was healing in raid environment.

Those robes I went for in EN – they dropped yesterday, and right in time! 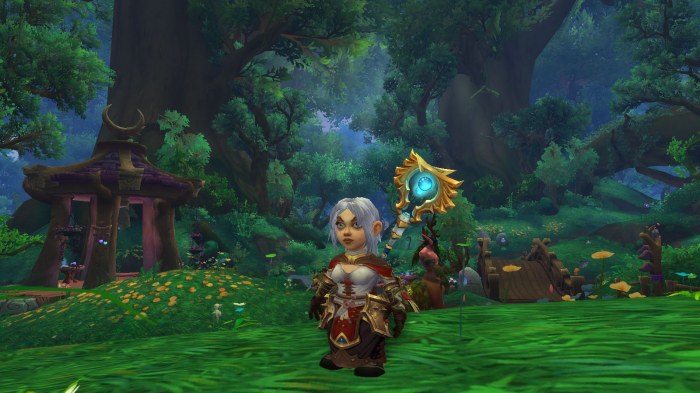 There is a whole new world opened for me with accepting a healer role, and here are my observations:

I may remember much more, cause there is a ton of fresh impressions. But let’s leave it until next time.

Conclusion is that now I want to try more raid healing – as a relaxed role, and the next to try is probably will be my shaman.

Final cherry on the top:

Gnomes are not too religious and are very practical. So they’re not zealous and they don’t plunge into the depths of Holy Light pathos.

Light is an instrument.

I’m glad to consider and roleplay Aurinko not as a freaking priestess-who-calms-and-soothes-and-spirit-and-heart-and-soul. Neither of that.

Aurinko is a Battle Medic 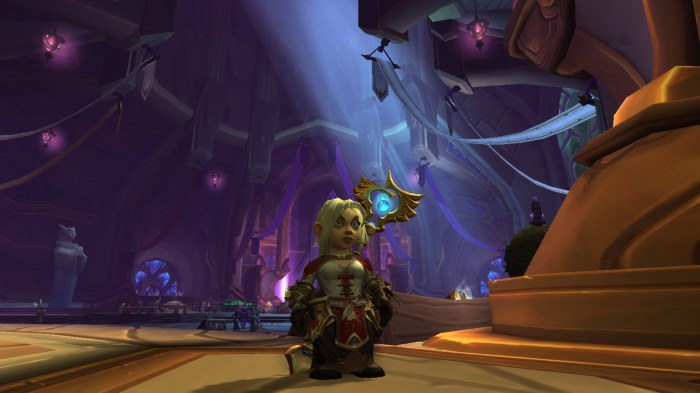