So, Artifact Weapons is today’s topic.

Getting My Artifact Weapons

I must say that the weapons were my first goal in the first launch hours. What I did before any zone questing is that I led all my 12 toons to get their artifact weapons – both to see the story and see their class order halls.

Maybe it’s the weapons fault that I was overloaded, overdosed with lore on my first days. The story behind artifacts is HUGE. Yes, the quest chains are different. For some you jump across two or three locations, leading investigation. For some you just arrive at a place and boom! you’re done after you slay a pair of mobs and a boss.

So far I’ve acquired these artifacts and saw these quest chains:

People keep praising some artifact chains and call the other ones dull. It means that I plan to see all the 36 artifacts for my toons. Even the healer ones. For the sake of lore, and to compare.

By my liking, the most interesting and enjoyable quest chains were: 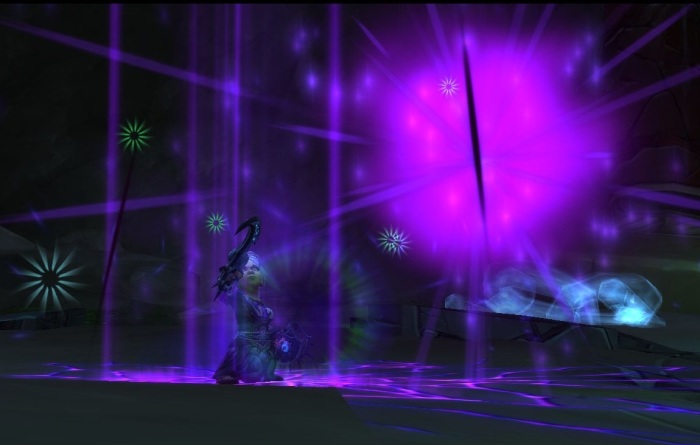 Priest – Shadow: shares the first place with Monk – Brewmaster. I liked these quests best of all, very different, not alike each other at all, but so cool. Total immersement in Shadow thing for Priests, I was screaming with delight at every step of the quest chain.

Perfect fun/dark balance in the tanking Monk quest. You actually collect your fighting staff – it’s the most fun thing ever, and then things grow dark when you have to protect a temple from Legion forces. Then it’s sunshine again thanks to the very amusing Hozen King. I’m not fond of Hozen, but the King was hilarious here.

By the way, isn’t that stance awesome?

The ones I liked in no particular order:

Now, next go the ones that were quite ok, simple but well done. This is the case when simplicity is the best way possible, and it works. I wouldn’t add or alter a single thing to these quest chains:

These quests were intended to be awesome and filled with lore, but complexity appeared to be very tiresome:

The important point is that you can complete an artifact quest chain in another spec. For example, if they give you a quest to acquire Felo’melorn, they will switch you to Fire, but after taking this quest you can switch back to your Frost and complete it as such.

I didn’t see yet how it works with healer quests, but by all means you can get dps artifacts as a tank – which I did.

I totally enjoy the Elemental Shaman’s shield and claw thing. Protecton Warrior’s combo of sword and shield is cool. Shadow Priest’s dagger and tome are awesome! And I like the Brewmaster’s stuff – but these dangling mugs are a bit annoying. I need to get her a keg model, and it will be perfect.

The others are… well, they’re very nice. I don’t feel the urge to mog over them, no.

The only artifact weapon I dislike is Destruction Warlock’s staff. It’s too big for a gnome. That one will be mogged I guess, and very soon.

It’s very fast up to level 13-14. I’ve decided to play Fire on my Mage (cause Frost felt weak and not enjoyable at all), and  I went for Felo’melorn. Ebonchill was put in the bag at its level 14, and the fire blade became level 11 in the first day. Mind you, I don’t have any artifact knowledge yet.

What I feared much is that Blizzard chased themselves in the corner with artifact traits – that they will need to rework the classes again in the next expansion to make them work without artifact weapons. But no, they didn’t. 95% of traits are percentage buffs, and that’s tweaked easily. Blended into spells or passives. That’s very good I think.

All in all Artifact Weapons are an enjoyable feature

They add this extra leveling layer. They are your favorite pet you care about through the expansion. You educate and nurture it, and watch it grow in power. Not to mention huge chunks of lore they add up to your knowledge of places, stories and characters.