Few days ago I didn’t think twice, I just suddenly built Gladiator’s Sanctum Tier 2 instead of long forgotten Barn for Micromantica’s Garrison and went to Ashran for 3-4 hours. Simple as that.

It took me at least 20 minutes to get the thing: you pile up in a gang with your other faction dudes, and then just roll around the PvP zone killing monsters and looting everything. Somehow the hordies were also in the mix doing the same thing. Sometimes we met and there was a brawl.

And I got extremely bored after these small hours on the first night. I’m not very excited about doing grindy PvP achievements, collecting PvP gear (well, actually I am – collector’s tickle:) or winning the winner’s win in Ashran. It’s a boring, casual and grinding routine.

The main question is: why there are people who are ONLY doing PvP and consider it the main activity? How come they’re not bored of it after one week? What’s bringing them there? Lack of imagination?

I must confirm my previous opinion: PvP is the most boring occupation in WoW. I’m not seeing myself going for it and I would better explore/open the map for all of my toons than waste the same hours in arena or battlegrounds. 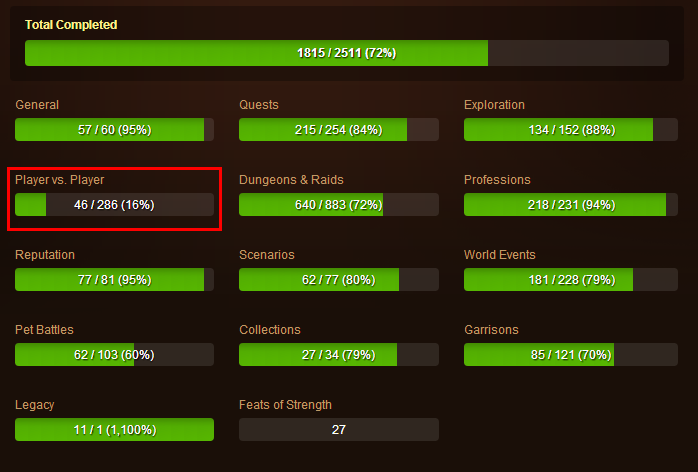