So, the first month of Tanaan and Patch 6.2. is almost over. Let’s see where we are?

1. Still not a single Shipyard Tier 3. Treasure missions are very rare and very useless. I find it extremely stupid that my toon must send his/her ships again and again, until I have 25 completely useless 650 belts or shoulders. Those missions which are giving you something else are some small batch of apexis, 325 gold and some loot from Hellfire. I can’t send ships for Hellfire loot because you need a carrier, and carrier is given to you with Shipyard Tier 3.

To do missions succesfully, you must constantly change your equipment, and it’s the sink for Garrison resources. So whether you send your ships for small missions or don’t send them at all. Adding equipment for ships feels as stupid as a match game of threat/follower or threat/ship, only it costs you money now. Just annoying, especially that equipment costs THAT RIDICULOUSLY MUCH!

Well, here’s my verdict: ship game SUCKS. I’m doing this only till I complete my Epic Rings questlines, and then I quit this all for good. It’s even worse than followers, except that you have a mission map (I like maps).

2. Equipment and Rares. I did all 9 rare kills for all toons, so I have all the equipment now :) It was a fun time sink, camping rares payed off. Do it if you’re playing with ships.

3. Dailies and Reputation. I have completed the last batch of dailies needed to get 3 Revered for meta achievement – to fly. Dailies now are very alt friendly. If you just need oil for the ships, you take 1 quest, it will take you 30 seconds to fly there, and you look for group while you fly. Completing this quest in a group will take you 3-5 minutes and you’re good for 2 days.

Useful percs for shipyard: Revered with Main Faction will give you a shipyard daily for oil (if you want to sit in your Garrison), and Exalted with Arakkoa will give you a Super-Duper Ship. Saberon hunters are useless unless you need some new mount.

4. Treasure Hunt. It’s fun and nice. That’s what treasure hunt must feel like, not Nagrand style where you need to fly over half of the map to miss an inch and fly again. Almost found all the treasures.

I just felt that I need more Gnomes in my organism. And I decided to cut through my toons and see whom I will change within my Alliance batch.

Mayluna obviously will stay a Night Elf, because druid. Melaris will obviously stay a Draenei, because I started this death knight for single reason: I liked Yrel in storyline so much that I wanted to play a Draenei.

So, violent changes were: 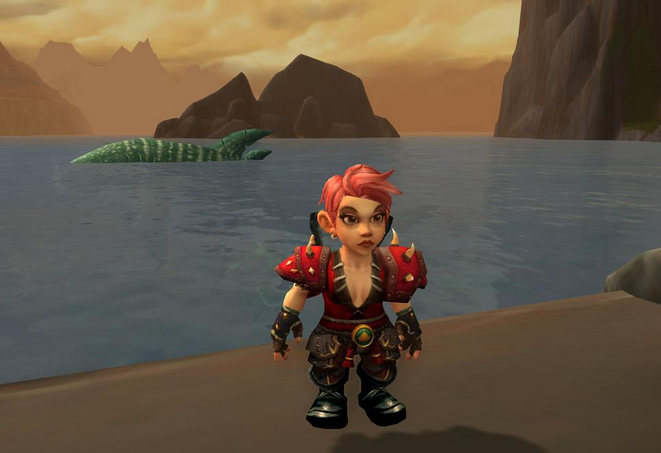 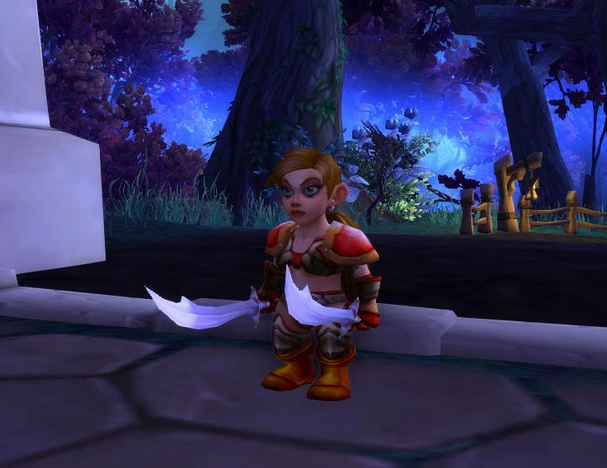 The race change wasn’t a spontaneous decision. I did a test drive, creating first level gnomes and watching them move and fight. I liked it so much, so I don’t regret anything now.

So, my Alliance toons now are:

Well but of course I’m running cooldowns. Although not as feverishly as before – there’s no need to hurry and “catch up” now. I’m confident that I manage to finish my Epic Ring quest even if the new xpac was out at Blizzcon. So I don’t feel like I must finish all cooldowns for all toons in 1 week.

Finally it’s matching why I have so many toons of all different classes and different playing styles. Finally they all are equal and not in a hurry :) So now I can choose to run a raid with whichever toon I like! If I feel like I want to punch Killrog in the face, I take my monk. If I want to cosplay a star cannon, digging into the ground and sending away rains of celestial fire, I take my druid. If I want to relax – it’s my hunter who shoots the fel orcs. And so on :)

I like everything about the raid. Reasonable trash packs (there was TOO much trash in BRF), you don’t have to kill same trash 3 times (hey BRF), awesome bosses.

TANKING FOR THE FIRST TIME IN MY LIFE

Yesterday also was my debut as a tank. I got an off-spec for my druid Mayluna, because I wanted to backup if my LFR groups has to wait for a tank (it maybe very long). And exactly this situation happened yesterday.

Before, I’ve studied Icy Veins guide and I did bronze trials (failed at silver). But it was enough for me to perform my role! We killed Gorefiend from the first scratch. I haven’t failed a single time. I didn’t die – although I have no tanking gear. I managed to use my defensive cooldowns effectively. I aggroed a big mob and I taunted Gorefiend at once when our main tank got into stomach. Overwhelming success. 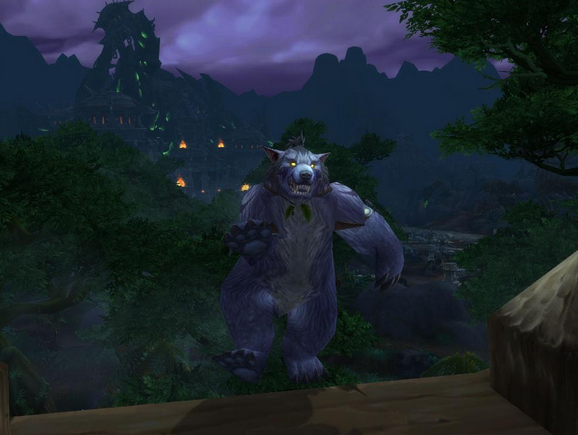 Still I think that I would have troubles with bosses that need extensive movement and also I’m not sure I would be effective with multiple trash or add packs. But maybe I want to try. I think I like it, so maybe when I’m done with all gear and quests, I will be running LFRs as a tank.