Skip to content
HomeLeveling Up Through Cataclysm: Hyjal Overview

For history sakes, I write a series of post about zones of Cataclysm that I nailed while recent leveling. It will be nice to remember them after a while – so come and read to recall the events of Fire – Druids confrontation.

Hyjal is one of the 2 zones that you are allowed to at lv 80. So if you don’t like 3D underwater (no one does, come on!) you can choose to go here. For this reason, I leveled through it so much that even Vash’jir seems more desirable now. Well, you ought to eat one candy at a time not two hundred if you don’t want your guts to be glued together.

Hyjal was a destination for Zindari the Troll Rogue and Mayluna the Night Elf Druid. So this post is shared by them.

You first road to Hyjal is opened not from the main portal ring though, but by druids at other places of Stormwind and Orgrimmar. Of course we want to help Hyjal! In the end of all, both girls are alchemists and herbalists, feeling strong bonds with flora, and the last thing they want is a scorched mountain with not a single leaf or grass left. That leads them to Moonglade where a green male dragon waits for them to check out what’s happening at Hyjal (spoiler: nothing good is happening).

What they find at Hyjal is a sea of flame at its foot and a hovering bulk of Deathwing. Of course the green male must fly up to his nose and see if he will fry us or not. Deathwing is obviously so surprised that he doesn’t. But Ragnaros tries to smash the stupid dragon with his mace nevertheless.

After a very narrow escape and getting actual intelligence information (“everything’s bad”), we could finally go to the top of the mountain and begin our purge crusade from there (going downhill is of course easier than going up).

And here on the very top you see a most magnificent lake village.

The druids give you some small tasks like killing few Twilight assholes and spies. This ends with a massive bombardment of a small Twilight camp by the Greens:

As if Ysera was not enough epic, you also meet Malfurion Stormrage in person! My poor druid Mayluna experienced trembling in her knees while talking to one of the most ancient and respected druids in Azeroth. Lol, of course he’s the best of all. No match.

Malfurion offers some tasks like finding pieces of a shattered staff and then taking down one of the Firelords.

Then you are sent to deal with epic creatures that do not look epic yet… One is a green dragon, and the other is Fandral Staghelm whom you are supposed to deliver for her.

After fussing around the top and eliminating small enemies (thanks Elune, not all of the mountain is ablaze yet), we now descend to lower regions to release and summon the old demigods. Who are on the list? A bird, a turtle and a wolf. Cool company (and not to be laughed at cause they valiantly fought the Burning Legion!)

First – Aviana. The raven druids send you to find harpies and a twilight dragon raiding party who are stealing eggs and forging brutal armor for drakonids.

There’s a small episode where you rob the Twilight parties to cut off their supplies. Damn I like the ogres!

And deep down the hill you need to free Goldrinn – Lo’gosh who was trapped by an evil twin and his worshiping corrupted worgen.

Next step (man, that’s a long and big road) – is fraternizing with dryads and saving small tiny creatures from the flame:

In the process you accidentally free a locked-up satyr. He was locked since the Legions’ invasion, and now you come and free him. Oops. 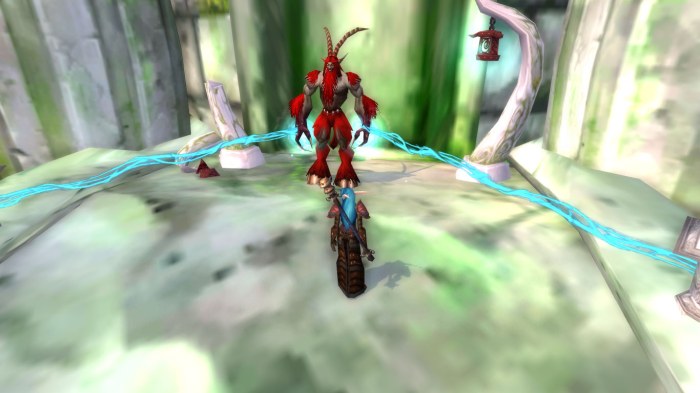 After Greenpeace activity you meet the next ones who need to be released:

Long story long, you are granted an opportunity to participate in the most beautiful land healing ritual ever. 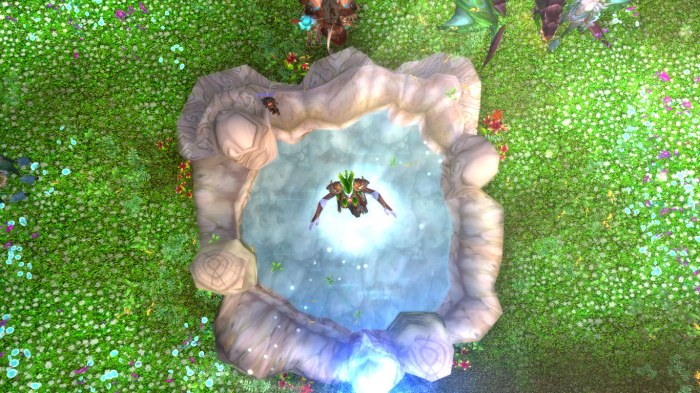 There’s actually more actions to finish up with the Twilight Hammer’s camps, but with all the demigods now free, they will cope without me I hope.

3 thoughts on “Leveling Up Through Cataclysm: Hyjal Overview”